Get to know the humans who help improve Splunk through their unique experiences, relationships, and voice! Our first story features Rich Galloway, a Splunk Developer/Admin/Consultant by day and an esteemed member of the SplunkTrust always.

"Splunk has brought me around the country to help businesses in a variety of industries do more with Splunk."

Rich Galloway says working with Splunk is basically his second career, and has found more diversity working with Splunk for the last eight years than he had in his previous role as a software engineer for 25+ years. In his early days of using Splunk in 2012, he discovered that the community is not only a reliable source for learning about the product itself, but a place, "full of people who care and want to help" as much as he does — more so than most other online communities he's familiar with. 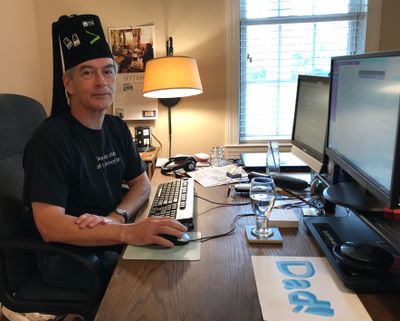 "The best part of being in Splunk's communities is 'working' with great people who know about Splunk and want to help others learn about it."

Rich enjoys getting together with other members in-person and with .conf20 going virtual for the first time ever, he's going to miss getting together with the SplunkTrust, "They're a great bunch of people whom I miss the rest of the year. As I usually do, I'm looking forward to seeing and hearing about some of the great new things people are doing with Splunk.  It's always interesting to hear about the new features of Splunk, too." When we asked what his first .conf was like, Rich shared:

"I was a speaker at my first conference so that was interesting. I'd spoken before other user groups, but .conf2015 was about four times bigger! There was so much to see and do and so little time (that part hasn't changed)."

Subscribe to the Humans That Splunk label (while signed in) to learn about other community members who are super-passionate about Splunk, and get notified when new stories are published.