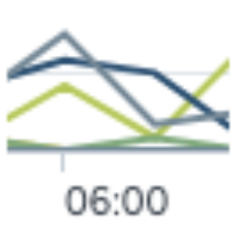 A large kv lookup table (>2M entries and growing) holds metadata and is processed on a regular schedule to solve some complex correlations. The task at hand is to make accessing the last 5k entries more efficient.

has worked like a charm returning the wanted 5k results in a splitsecond.

Question: How can I inject a calculated field/result/parameter into the inputlookup where clause that does NOT come from a UI token? (since it's a scheduled search, no such luck as to have tokens around)

---
If this reply helps you, an upvote would be appreciated.
2 Karma
Reply
Solved! Jump to solution

This is extremely cool. I never thought about inserting a subsearch to substitute a literal value! If I had more than 20 points, I'd reward you plenty. Thanks!

Unfortunately the where clause in inputlookup doesn't support the full eval syntax. Otherwise we could have used something like "...where (time>now()-3600)"