Why do search head cluster members keep old bundle files, and can these be deleted safely?

We currently have a Search Head Cluster setup which has one deployer and two cluster members. One of the cluster members ran out of disk space and thus cannot issue searches anymore. Also, when I checked the cluster status, this one shows status as detention.

Also, around the same time one member had the disk issue, the other active member (which is also the captain now) had a replication failure for all the connected search peers. State is up and Health status is "Healthy", but Replication status is "Failed". Could this be related to the fact that the only other member is currently down?

We found out that this large bundle was mainly due to two files from DSA app which were quite big in size(both csv lookup files). These files were removed from bundle which also resolved bundle replication issues. 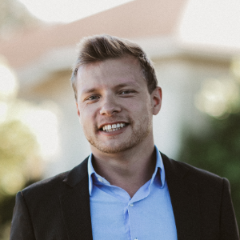 We found out that this large bundle was mainly due to two files from DSA app which were quite big in size(both csv lookup files). These files were removed from bundle which also resolved bundle replication issues.

We changed maxBundleSize setting but it seems to be a temporary solution. Bundle size has now went up to 4-5GB. We added the blacklist stanza in distsearch.conf and removed some of the large lookup files but the bundle size is still the same.

Is there any way to find out why bundle is so big? If Splunk says 200MB+ is large then something must be seriously mis-configured for it to reach 5 GB. Both servers have ES installed with correlations enabled.

hiIn big data can we replace hadoop by splunk ? and why?do splunk do&nbsp; all hadoop fonctionality

Apply a condition depends on a field or token

Hi teamI need to apply a different condition in one panel of my dashboard depending on a selected column in ...

Hello,I have created a few indexes, each containing data only from one source with one sourcetype.<BR />From a ...
Read our Community Blog >