How to search field for input with backslash 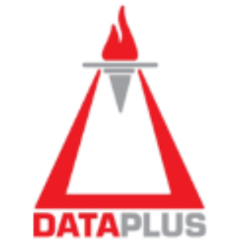 I am stuck on an always empty result when searching with a form input that contains Backslash "\"
To illustrate the case, I have some Windows Event log records loaded in Splunk, and available values for the field OS_USER are:

I have a simple form, with a drop-down box, in which user is supposed to filter records by OS user name.
When I search with * default or Administrator (choice 1) - I do get the results.

When I search with any of the two other choices (containing Backslash) - I receive "No results found. " This is an error because the records are there, for both back-slashed options.

I tried the CDATA and |s$ - to no result.
Browsed the answers - but found nothing.

Can one please advise on this painful Backslash issue ?
Even telling me that it is better to REMOVE the backslash right at the moment of the data ingest and not deal with it at all!

at your disposal for further info

ps. my form is Simple XML

I believe the issue is that the value needs to have quotes around it when it arrives in the SPL.

If that doesn't work, then you might need to convert the syntax to use match().

@altink, so are the three above in makresults query only for illustration. Usually while answering questions we mock data using makeresults command which generates data similar to that provided in the question. Such run anywhere searches do not just help us (person asking question and community member answering) try out and test the working of proposed solution, but also lets other community members try out and provide corrections/improvements/alternate solutions and also for other folks facing similar issues. We also need such mock queries to dummy data, because folks asking questions have access to their data, we don't. Hence we can not be sure of query working until we mock the data as per the use case.

Coming back to the solution. as stated in my previous comment you need to try out following changes to your dashboard:

To your concern around 100's of user with additional 100 lines of code for each user is NOT REQUIRED. Following single line query change should take care of backslash for all OS_USER values in single line of code.

| eval OS_USER_VALUE=replace(OS_USER,"\\\\","\\\\\\")
Since, the run anywhere code is confusing you more than helping you out, please try out the code here in this comment which replaces single backslash with double and assigns as Dropdown Value, while retaining the Dropdown label as one with Single backslash.
Kindly let us know what fails when you plug in the above code to your dashboard.

Resolved by using both:
1. drop-down label - for unchanged display of information (no add-remove Backslash
2. drop-down value - for using Backslash escaping searching a filed containing such.

I am putting the working code here for rookies like me. The change consisted only in using OS_USER_VALUE in the drop-down - first part.

The second part has not changed, is put just to see the rest - and to underline the fact that the solution is smartly framed in the drop-down area only - very very nice !!!

thanks and best regards
Altin

@niketnilay - You did a lot of work on this, and it will be very confusing for anyone trying to follow. Please pick the most appropriate part of your conversation to be the "answer" and switch it from comment to an answer. We'll get that accepted instead of the base of this thread.

Hi @DalJeanis - I have a similar trouble....
I have the next source but with users NT, example CUSTOMER\admin_moss and this no show me results.
How should be the form?

I believe the issue is that the value needs to have quotes around it when it arrives in the SPL.

If that doesn't work, then you might need to convert the syntax to use match().

@altink, as @DalJeanis has provided in his code snippet, you would need to escape backslash in your input choice value. For searching as KV pair in Splunk, i.e. search USERNAME=$field_os_user_aa$, you would need to use value with escaped backslash. For other places like eval, you might have to use without escaping backslash.

If you need to use value without escaping backslash, you would need to assign the label to token on the change event of the dropdown:

Following is a run anywhere search example for your reference:

@DalJeanis, I feel the code needs some performance improvements:
1) The search filter applied later should actually be in base search in the macro call for faster search. Following should be part of the base search.

2) | sort - _time has been used in the query however | table command drops _time from the selected fields.

Thank you very much for your answers.

I tried quotes round the token - and it returned no records in all cases. The token is already quoted start and end.
Furthermore, the fields must appear as they come - without being changed. This means the values in the drop-down should be in original:

I guess this drops the solution with $Label$ ?

In first place I was looking for some kind of general quotation in Splunk, which once encapsulating a string - this later can have anything inside and still creates no problem ? Most RDBMS-s have this, and I wish Splunk too, cause if it doesn't, that will be a bad news.

@altink - you have to think one step at a time, in the order the system does things.

The quotes are not part of the value, so this leaves the token set at NT AUTHORITY\\SYSTEM

is filled out as

For the function match(), the right term is evaluated as per a regular expression, so the first slash escapes the second one, thus the field OS_USER will be tested for whether it contains any substring that is equal toNT AUTHORITY\SYSTEM

If I were debugging this, I would try a couple of things.

First, I would hardcode the underlying search in a naked search, and make sure there is something to report. Second, I would hardcode the underlying search for the next value I wanted to get working, and prove that it would work when the token was interpreted correctly. Third, I would do the same thing, but add one line to test whether the token had passed successfully. I suspect that mytest1A and mytest2A should have the same values after these assignments...

thank you very much for your help Sir,

but I didn't got a clue on the last posts, unfortunately less and less on each one.

may be it is my fault, may be it is not. I browsed the forum and found no solution on this case, only some gray answers, not green ones.
I will remove or replace the backslash in origin and not feed it at all to Splunk - which seems to me has a "digestion" problem with it, 🙂

thank you anyway for your efforts
best regards
Altin

If you want to use string assigned to token to be treated as string (with automatic escape charaters) you should use $<YourTokenName>|s$ for example$field_os_user_aa|s$. Refer to one of the answers for escaping token values: https://answers.splunk.com/answers/568209/how-to-prevent-injection-from-field-in-a-dashboard.html
However, while tokens $field_os_user_aa$ and $field_os_user_aa_label$ hold the value as we expect, the challenge would be that characters may/may not need to be escaped and even if they are escaped sometimes they can be handled differently. In other words, special characters need to be handled in SPL and Splunk provides several methods to handle special characters.

Hope this is helpful rather than confusing!

Truly my drop-down is to be populated dynamically. I made a static version here for the sake of simplicity. As for the above - sorry - it was somehow confusing.

I am going to Paste the whole code below:

tried the above with:

As seen above - the drop-down's OS Users are derived with a Dedup from a certain "dataset". What I need to realize is:
1. See the OS user values as they are with their own single backslash "\" - in both drop-down and table.
2. Be able to search the table with a backslash-ed OS User

at your disposal for further queries

thanks and regards
Altin

@altink, change your dropdown input with dynamic query as follows:

The above will send the background Dropdown value as OS_USER_VALUE with double slash (\\) wherever single slash is found (\). OS_USER_VALUE is assigned to <fieldForValue>.

The label token using <change> event handler field_os_user_aa_label is also set but seems like you will not need it.

Remaining things in your dashboard should remain as is. Please try out and confirm.

Following is updated run anywhere example based on Drop Down based on Dynamic Search similar to your Example:

but if it takes so much with a single field, what would be for a dataset of 100 fields, where some 20/30 of them do have a backslash in content?

and also - a coding for every possible backslash-ed value of the field?

these 3 users are just an illustration. there can be hundred users, and even more! should I write 10 lines of extra code - hard-coded for each option, of each field?

Please post the actual search language from underneath the dash. To debug this, we need to see in what way the token is expressed and used, and from that determine how to escape the backslash.

Most likely, from what is described, the token will have to be modified after setting or there will have to be a second token created that has the backslash properly escaped for the usage.

I didn't exactly got the part "from underneath the dash", but I am pasting below the code for drop-down and search:

thanks and best regards
Altin