Hey, is there anyone there good with rex expressions?

I've been given a task by my boss, to extract 4 new fields from the data in one fiend, pluginText. The data that's currently in pluginText is as follows:

I thought I'd start by just cracking one field and if I can get one, I can sort out the others from that one as a working model. So I figured I'd start with Version source, since the end result I want is for a new field "Version source" to just display 4 letters: "HTTP".

The problem is that it's not working, what I'm trying. I thought THIS might work:

but it's just giving me an error “Regex: syntax error in subpattern name (missing terminator)”

What am I doing wrong? I'm newbie at rex expressions and reviewing the documents Splunk's put out hasn't helped much.

if you didn't already extracted the plugin_output field, you have only to a little modify your regexes:

if you already extracted the plugin_output field, you could use the following four regexes:

I hadn't actually extracted a the plugin_output field. What I showed you was literally everything printed in the pluginText field,

This is useful though. How would I go about extracting plugin_output?

if you didn't already extracted the plugin_output field, you have only to a little modify your regexes: 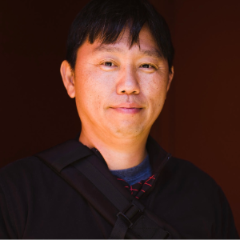 Here is what I've done.  How to break out the results into individual software correctly in Splunk.  Any tips could be helpful.  Here is the regex being used for software_name and software_version.

I'd extracted the text has group of pairs.

This makes SO MUCH SENSE. I was looking at it all wrong.

Looking just at "Model" as an example, you're telling Splunk to search for “Model”, then space between it (the \s+) then a : symbol, then MORE space between the : and the next bit (the \s+) which is the identifiable pattern. THEN, you specify the field you’re looking to create, which you're defining as "Software_version".

The only part I'm not understanding still is the [^ ] at the end. Isn't that a command for "no included character"? Are you telling the search to ignore anything spaces in the field and display everything else?

The only other thing worth noting is when i tried your solution, it gave me an output of Q6042-E\n

I don't know where the \n came from

But this is certainly useful! Thank you so very much!

[^ ] + means: take all the chars until a space, it's an useful way to take all when there aren't spaces in the field values.