My regular expression is working fine but why is my search not retrieving fields?

I am a newbie and i am trying to extract fields from raw log. I followed the below steps.

Regex Expression is as follows

2) Now when i imported the log into Splunk, i selected Default source type and imported it.

3) I am trying with below search query and it returns no fields.

What am i missing ? Why after search i am not seeing these fields ?

I had to use Field Extractions option and use the same regex expression there. It returned me all the fields with correct values.

Looks like the only thing you are missing is something to get rid of the day of the week from the beginning, and use the proper syntax for rex. Oh, one other thing. You can make splunk's job easier if you do not use [ ]* for the spaces between numbers. Explanation after the code.

Remember that * matches ZERO of something. With the spaces after numbers, that means that [0-9]*[ ]*[0-9]* matches a zero-length string, as well as an uncountable number of substrings of any succession of digits and spaces.

With this tiny piece of string...

Since you were using the greedy *, those alternatives will not get tested until after the version where item1 gets "243" and item3 gets "254", so you will be okay as long as the overall pattern matches. However, the minute that your overall pattern somehow fails, your search is going bye-bye with way too many potential backtracks to ever come back from.

This is easily solved, because In each of these cases, you want one or more digits, and one or more spaces, so you can use + instead, so there are zero potential backtracks.

To see this in action, take your original rex string, go over to regex101, and plop it in the tester. Copy your sample into the test string box and see the match was found in 144 steps or so.

Now add some bad data late in the event - for example change one of the 36 to 36U. Up above to the right, after a short while, you will see the words "catastrophic backtracking". Now copy our version of the rex up there, and the message will instead be that it failed with no match after perhaps 136 steps.

I had to use Field Extractions option and use the same regex expression there. It returned me all the fields with correct values.

Please do elaborate with steps; I am not sure what you mean here. 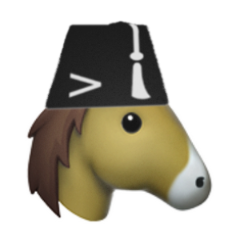 Yes, per point 2, it looks like premraj_vs is mixing the syntax for rex and regex.

I don't know if I get it correctly, but how about using your first Regex-Statement in the query?

I am doing that already