Is it possible to use an extracted field inside a regex? 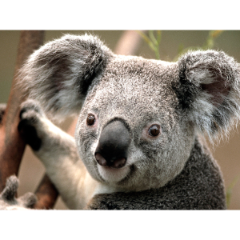 It would really help if you gave an accurate picture of the event. To help you, we need to see what the interior of the "Block" looks like.

That said, this is a two step process and as someone mentioned you've done it backwards.

Extract the entire block as a field:
rex field=_raw "(?s)(?Pblock\snumber\s\d+.+)End"
field=_raw is the default so you don't need it on the first one.

If you show me what the inside of the block looks like... I can give you a more specific way to grab the inside.

you don't have to do two rex commands if you do an extraction for the bock field. you can still reference it in the rex command

so if it is inline it would look like:

then you can also extract the block_num field as another rex or extraction :

With Splunk... the answer is always "YES!". It just might require more regex than you're prepared for!
1 Karma
Reply

---
If this reply helps you, an upvote would be appreciated.
1 Karma
Reply

This doesn't seem to work.

Excellent. This did exactly what i needed (except i was doing this in a match)!

Well, there is no error but it doesn't match anything but thanks

Are these things in the same event? What does an event look like?

It looks like you're doing that inside out. Why not extract all the blocks first, and then filter your results based on whether there's an error in the block or not?

I extracted all blocks, but how I search for an error inside each block text.

Use whatever error-finding regex you were using before on each block.

Alternatively, you can try to extract both at once:

But you are only extracting the block_num which I already have.

About the alternative about using a error-finding regex after I extracted all blocks. How can I use a regex to look inside field values?

The following doesn't work because the block info is several lines, not only an error number:
...|search block_info="ERROR"

I think these are some of the options that I am looking for:

(1) a way to use a extracted field inside a regex

(3) Is there is a way to use regex for looking for a word and extract some lines that are before it and after including the word?

I tried that but I encountered an error:
Error in 'rex' command: Encountered the following error while compiling the regex 'Block number block_num (?P<.block_info.>\w{1,}?)': Regex: syntax error in subpattern name (missing terminator)

I got no errors when I used concatenation in my rex command. What version of Splunk are you using?

I'm on 6.1. Perhaps that explains the difference.

I am not sure how that rex command is concatenating. I also don't get why you add the quotation mark and a point before and after the field that I want to extract. If I remove the points the rex command runs but without results.

Also remember that "block_num" is a field I already extracted.

Concatenation is done by the dot '.' (point) operator. The quotation marks close the string before the field and open the string after the field. The three pieces are then combined into a single string for rex to process.

I think I mis-read your question and gave you an incorrect answer. I've updated my answer to use block_num as the field name.