How to count the number of occurrences of a string in multiple fields? 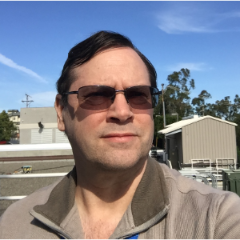 I have a team of Unix admins, each of which manages multiple applications. I created a CSV lookup file that contains the name of the application, the primary admin responsible for it and one or more backup admins in case the primary is unavailable. It is very useful to keep track of who is doing what, and who to assign a new app to when a new one comes in.

Here is an example of my CSV file:

It's pretty easy to get a count of apps each one is a primary for:

But all my attempts to do a count of admins that are in Backup1 or Backup2 fail.

Any pointers would be greatly appreciated.

There has to be a cleaner way to do this, but this at least gets the job done:

There has to be a cleaner way to do this, but this at least gets the job done:

Thanks! That gives me exactly what I'm looking for. Now to digest how it's doing it. 🙂

The best way to peek under the hood would be to start by running this chunk:

The three appendpipe commands are generating the stats per category. The table is all a mess, but the data is there in the rows that don't contain a value for Application. That leads us into the next line of code, where we remove all the lines with values for Application:

Now we need a list of all unique Admin names. Given that each row is guaranteed to only contain one Admin's name (regardless of whether they were Primary, Backup1, or Backup2), we use coalesce to grab whichever value is not null:

Next, we need to make this table more readable by pushing it together so that each Admin has a single row, containing the max value from each category (P, B1, B2). We could just as easily have chosen the min value, since there will only be one value - but stats requires some kind of function, and I chose this one.

But you wanted to combine the Backup1 and Backup2 counts, so we need to add them together into a single Backup field and remove the B1 and B2 fields:

Finally, we add in a fillnull so that the table is nicely populated and not full of blank spots.

I hope this helps your digestion. 🙂

When I used this on my actual csv file I found that some of the counts for the Backup field wasn't what I expected. I eventually moved the fillnull value=0 line to just above the stats max() line, now it's working as expected. I'm guessing the stats command couldn't handle the null values.

Yep, thanks, that makes it much clearer!