How to add the duration of the last event in a transaction to the total duration? 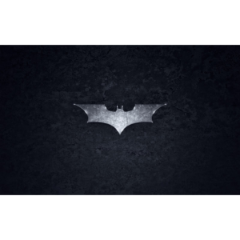 I am trying to use the transaction command to group events within 5 minutes of each other, and have set up fields to show start time, end time, and duration. With the way I've written my search, my end time is the start time of the last event, not the actual end time, since the last event has it's own duration.

I found this problem when there was a single event for a particular user, and start time and end time were the same, since there was not another event to go along with it. This also resulted in the duration being 0, even though that was not correct.

Can anyone help me with the last piece to this puzzle?

Not all events have a "duration", per se. You need to look at the form of the end event, and see if it has any information about duration, and if so, what field it might be in.

You should combine your two eventstats commands. They are grouping on the same field, so there is no reason to pass the file twice for that.

You are formatting tbytesin in two different lines which can be combined easily...

Just as a general practice, its best to get into the habit of formatting the date in an order that can be compared directly: "%Y-%m-%d" You will save yourself loads of grief that way, and no one in the world will ever wonder whether 2/4/2017 is Feb 4 or Apr 2 if it is displayed as 2017-02-04.

Thanks for the tips!

From my understanding, the transaction command is grouping events specified on the arguments given. In my case, I'm wanting to group events within 5 minutes of each other, listing by src_user. Each of these events that get grouped in will have a duration from the transaction command, and I'm getting the end time from adding the duration to the start time.

So with that being said, each of the events would have a duration. Am I missing something here?

And there is a way to get the individual fields from the (sub)events - if there is anything worth getting. And that was our question: do the sub(events) individually have a field that shows the elapsed time (duration)?

I was able to get around this issue by using eventstats after the transaction to show the first start time and last end time by _cd. Then, I converted the "true start/end" times to epoch format and did an eval for a "true duration" by doing a "trueendtime" - "truestarttime."

What field in the last event contains the event duration?

When you use the transaction command, "duration" will give you the duration in seconds. I've used tostring to convert it into a more readable format.