How can I group by same amount of records? (percentiles) 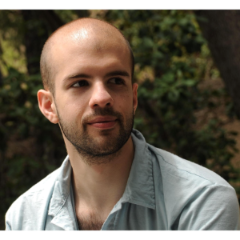 Hi everyone, Splunk noob here.. so any I help I would be grateful!. I've been trying to use the percX() function without success but I think it should be possible to use it to get this done.

Lets say I have a list of records with scores. I need to group them in buckets with the same amount of records on each.

At the end I need to get a table like this:

Re: How can I group by same amount of records? (percentiles)

I don't have your data, so I mocked up some that's close enough using the wind speed as reported by my Ecobee Thermostat - integers like yours, or close enough I think, for a month some time last year. It should be pretty easy to modify this technique and make it fit your data exactly.

First, in line one I search my index and also for where "Wind Speed kmh" is greater than zero, simply because it's often zero. You don't have to strip that out if you don't want.

Then in line 6, I create a new field called Ranking that puts each event in a ranking system from 20 to 100 (by 20's) based on which WSXX it's in. This uses an eval case.

The last line(s) is a stats count by Ranking then resorting it because, well, it wasn't sorted. Now it is!

So, see if you can make that work for you, and if not (or it's almost but not quite perfect) reply back with what else you need or some sample events!