Eval time between events for transaction by group?

Hi,
I'd like to do a report that tells me how long a forwarder hasn't been active. I use transaction to join similar events and next i would like to group events by host end eval time distance. Im having problem figuring out how to eval distance between same host (group by sourceHost) transaction events and show that as result.
Currently I use this search to get active forwarder connections:

This returns transactions for all uninterrupted connections, but i don't know how to calculate distance between events based od sourceHost and get information on how long a forwarder wasn't sending data.
All searches on http://www.splunk.com/wiki/Deploy:HowToFindLostForwarders show how to get current information about non-active forwarders and not report for all forwarders in a time period. 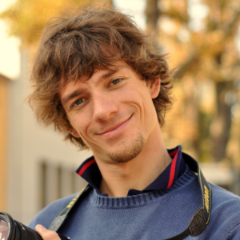 Hi, if I understood you right, you want to report on the time lapse intercuring between "transactions" coming from the same host. With respect to this, I'd follow this approach:

I use the following search to find forwarders that have not checked in for a while (in this case more than 3600 seconds, or one hour):

If you drop the where last_contact>3600 you will get statistics for all your forwarders.

Well, the question was based around forwarders not all hosts including syslog, hence I contained the scope of my answer to forwarders only.

I think that approach would not work in case: a) your forwarders collect data from remote hosts too, b) your indexer receives snmp or syslog data from the network. In both cases your list of hosts would be much longer that those with a forwarder installed.

Hi, if I understood you right, you want to report on the time lapse intercuring between "transactions" coming from the same host. With respect to this, I'd follow this approach: