seckit_idm_windows_identities_nha lookup not populating the priority in Identities 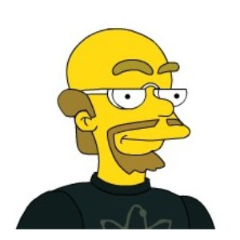 Re: seckit_idm_windows_identities_nha lookup not populating the priority in Identities

We've been working with SecKit for the last few weeks with our identities. There are a lot of moving parts but specifically for the identities portion, after you have populated your "seckitidmwindowsactivedirectorypersonslookup" there is a saved search that runs a macro every four hours to merge the various lookups: "`seckitidmwindowsad_identities`".

For each different lookup under "SecKitSAidmwindows" that macro will look across the "seckitidmwindowsactivedirectorypersonslookup" and match up the various fields (e.g. identity, account, memberOf, etc.).

For the "seckitidmwindowsidentitiesnha lookup" it is going to search across the identities to attempt a match. However we found that the lookup definition didn't include "WILDCARD(identity)" even though the documentation says it should be a wildcard search. The "seckitidmwindowsidentitiesaccountslookup" does (using the "account" field in the lookup and WILDCARD(account)) and seems to be a better fit when searching across multi-valued identities. Alternatively you could modify the definition of the nha lookup in transforms.conf to include the "matchtype= WILDCARD(identity)" as well.

Re: seckit_idm_windows_identities_nha lookup not populating the priority in Identities