Why is the dashboard showing "user doesn't exist" in panels?

I have a user which when he loads a dashboard only gets " [his username] doesn't exist" in the panels where the results would otherwise be. He's been added and shows up in the Settings --> Users control panel. He's a power user and I can confirm his name is in authentication.conf file in the userToRoleMap_ProxySSO stanza.

He can't see data when he runs plain queries either. Other members of this role can't see their data either although they can load the dashboards. The dashboard runs as the user who created it.

I'm at a loss as to why this is happening because I have the exact same configurations for another team/role and they have no problems whatsoever.

Please give additional information about the dash and installation in question. What version of Splunk are you running? How is the underlying authorization strategy set up? 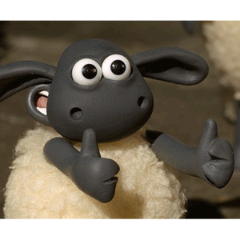 I've experienced a similar issue. It seems to be due to Splunk UI failing to load user context (looking at top menu bar i don't see App next to the Splunk logo or Username next to Messages dropdown).
It's very strange because it happens to me on one of the Splunk environments only, not on others - and none of my colleagues seem to have experienced that issue.
Most of the time i can mitigate it by refreshing the page totally (Ctrl-F5).
I don't know if your problem will be the same though...

I've tried having the users clear their caches, cookies, etc., use a different browser, and everything I can think of to rule out just a browser related problem. And it doesn't seem like that's the case. Thanks though, I had checked the forum for other similar issues and couldn't really find anything.