For Splunk Enterprise, Splunk Light and HUNK default root certificates prior to 6.3 will expire on July 21, 2016

What are the suggested recommendations?

Instances of Splunk Enterprise, Splunk Light and HUNK that are older than 6.3 AND that are using the default certificates will no longer be able to communicate with each other after July 21, 2016 unless the certificates are replaced OR Splunk is upgraded to 6.3 or later.

Failure to replace expired certificates prior to this will result in the immediate cessation of network traffic for any connection which uses them.

Expiration of Splunk certificates does not affect:

1) Splunk instances that are in Splunk Cloud

2) Splunk instances that use certificates that are internally generated (self-signed) or obtained from an external Certificate Authority (CA).

3) Splunk instances in your configuration that are upgraded to 6.3 or above and use that version’s root certificates.

Any or all Splunk instances in your deployment run a release prior to 6.3 and use Splunk default certificates. This includes

There are several options that you can take to resolve certificate expiration. You must take action prior to July 21, 2016.

The script is available at:

Please be sure to read the README.txt included in the zip file before running the script.

2) Upgrade all Splunk instances in your environment to 6.3 or above and use self-signed or CA-signed certificate. We strongly recommend this as the most secure option. Replace current default root certificates with your own certificates. Download the following document to learn about hardening your Splunk infrastructure:

3) Remain at your current Splunk version (pre- 6.3) and use self-signed or CA-signed certificate. Replace current default root certificates with your own certificates. Download the following document to learn about hardening your Splunk infrastructure.

4) Upgrade ALL Splunk instances to 6.3 or above and use those default root certificates.

Note: Prior to the upgrade, if in use please remove the existing Splunk default certificate copies of ca.pem and cacert.pem
Refer to: Upgrading my Splunk Enterprise 6.2.x to 6.3.x did not upgrade the expiration dates on my default SSL...

The files are available here: https://splunk.box.com/s/dqylhnq48vmobb46jjcj475mzyu7rv90:

Enclosed are remediation steps for the expiration of default certs shipped
with Splunk 6.2 and earlier.

Please let us know if these steps were helpful.

SUMMARY OF THE ISSUE

In a nutshell, default certificates shipped with 6.2 and earlier versions
of Splunk have expired and will affect communications between Splunk
components:

or run the s-renewalcerts scripts.

If ssl=false for all your connections, no further action is necessary.

Q: What are my options for immediate remediation?

A: Run the script provided in the advisory.
The advisory:

Or, manually swap out the expired default certs downloadable at:

Q: What if I can't get the script to work? Do we have manual
steps?
A: Yes. Here they are:
1) Stop Splunk
2) Back up (note permissions/ownership, very important!!) and then remove:

· ./etc/auth/server.pem
3) Copy over the new versions of the following from

· Do not copy over server.pem
4) Confirm permissions and ownership of 3).
5) Restart Splunk.
A new server.pem is generated. You're done.

Q: How can I tell which SSL parameters have been set in my
configuration files?

If i run the below command and the ssl is false, do i still need to update the root certificate?

You should be okay, since that indicates a non-ssl enabled port for that particular connection.

Same here, I just want to know if I run that search and every line item shows SSL = False, does that mean we do not use the Default Root Certificate?

Could we get an answer to this question? I've run the same thing and get 450 hosts in my env where the ssl column shows false. Does that mean they'll be okay?

This will ensure that default server certificate is signed with latest root certificate.

Shameless self promotion of SSL Certificate Checker TA that helps you know when your certificates expire: 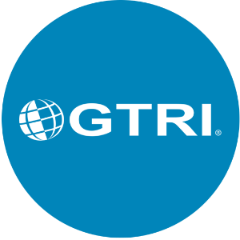 I wrote this blog post on how to use the deployment server to push out Splunk's root cert update script. It may be useful to some of you.
No fez required.
http://www.gtri.com/using-splunk-scripted-inputs-beyond-data-collection/

This worked great for me, thanks for posting it!

Thank for letting us know this worked for you!

Hi,
I have a question for a clustered environment and need some clarification. We already have SSL switched on.

For FWD to IDX (or intermediate FWD) connections I will add a new selfsigned CA to the default CA file and will replace the default server.pem with a new server.pem signed by my new CA.

Reboot the FWD or intermediate FWD.

What is the correct order regarding cluster master vs. IDX configuration? Who will create the connection?
I would assume the IDX... in this case I have to setup the IDX first and rebot.
Then the CM and reboot.

Regarding the SH vs. IDX: SH first, then the IDX (which has already been updated...) so SH first, bevor all FWD, IDX, CM. Shut SH down and leave it down until all other instances have been updated...

Is this the right order? 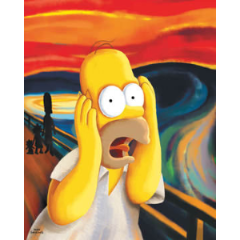 the certificates are loaded into splunk at start up time ...not on each connection...
you probably want to shutdown/restart each communicating component ...at the same time
e.g CM<>IDX , SH->IDX/,

i am currently on 6.1 with the default certs. If i upgrade to 6.3 across ALL my indexers, masters, forwarders, search heads etc, will anything else need to be done so that the cert expirations are no longer an issue?

with upgrade..the certs are renewed..

Is there any guidance as to what order each Splunk component (indexer, forwarder, search head, etc) should be updated? 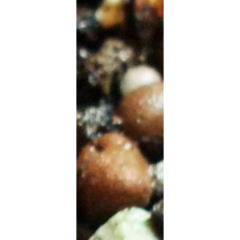 I have deployed lots of UF on my servers. I am just thinking whether I should update the certificate of my Indexer first or my UF(s) first.......

I am afraid that if I update the certificate on my Indexer, then all UF (with the old and going to expire certificate) will disconnect with my Indexer. Thus, no log can be sent to Indexer from UF, until the certificate is updated on these UF(s)......!

Anyone can give me some suggestions? 😞 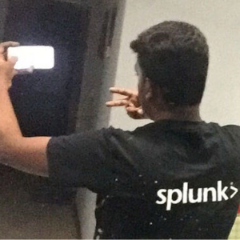 Does this also apply to server.pem certificate ? I ran the script provided., passing the argument -serverCert but still there is no change in the server.pem expiry date.

server.pem dates are not renewed.

only the CA (cacert.pem) is renewed

cacert.pem (with its July 21 expire) is embedded in server.pem
to be honest , ive only seen things like external REST calls fall because of this .... but maybe other splunk processes will to.

The script rebuilds the server.pem.... with its original details, but with the new cacertpem(with renewed expiry)

if after running the renewal script. your server.pem expiry date is close approaching... you can rebuild with

For upgrades from an earlier version to 6.3.x, please remove existing copies of ca.pem and cacert.pem before upgrade.

Hope this helped anyone wondering why their upgrade did not work to change the expiration dates on their default certs.