So after some fiddling with Data Models in Splunk 6.1.1, I created a really simple one which uses the internal indexes. It is based on two root events to start: Internal (constraint: index=_internal) and Audit (constraint: index=_audit). Internal has some child objects:

The model is being accelerated with a timeframe of 1 month. But when opening Pivot and selecting the first root event (Internal) the model returns 0

Why is Splunk trying to accelerate the second root event instead of the first? And why does this completely break the first root object, isn't Pivot supposed to fill up the missing frames with raw data? 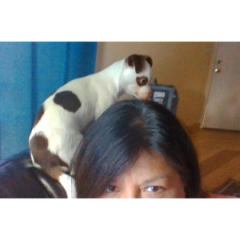 Acceleration has restrictions, check this out....

Maybe the order is done alphabetic ascending, and not chronological/hierarchical?

OK, this is weird - not the first bad case regarding datamodels .... open a ticket @ splunk!

Sadly enough this is not the case, when I use another name for the root event (in this case I tried this with the name "Whatever", which should be one of the last ones if done alphabetically) the same thing occurs.