Migrating Splunk data from one server (6.3.2) to another server with the version 7.2.6 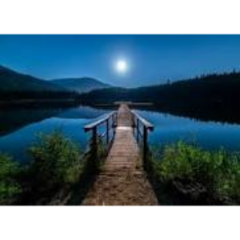 We have old splunk servers with the version 6.3.2 abd our organization has built brand new servers with SPlunk ( version 7.2.6) installed on it. i want to move all the contents , indexes , data models ,LDAP settings , apps and all the data into new servers.

Could you please let me know what is the step by step process and kindly provide the user guide for this requirement.

Many thanks in advance.

If I had a single-instance Splunk Enterpirse instance that I was decommissioning for a new instance, and I was unable to do a migration-and-overwrite procedure, I'd need to hand-review and copy all of my configurations and data between the old and new instances. That's a good bit of work, as you're rebuilding the infrastructure.

Once the new instance was properly configured with basics such as licensing and was running, I'd move over the user configurations ($splunk_home/etc/users) and auth settings. Have a non-admin user test the auth basics.
Once auth was tested and working, I'd make a list and reinstall all the "enabled" apps from the old instance on the new one.
If it's not a splunkbase app, it might be custom made. So you'll migrate those enabled, unique apps by hand from the old instance to the new one. Once again, have a non-admin user login and test the basics.
Get a diag from the old instance for configuration backup and verification purposes.

Once that's accomplished, you can invite more users on to the new instance. Test all the apps, make sure you can see old and new data, and prepare for users saying they're missing some configuration.

I've discussed a single-instance by-hand migration, but it gets significantly more complex for a distributed environment. This is where professional services is often called-in for guidance, procedural review, and order-of-operations confirmation.

Thanks a lot for your response @ekost , i will try the same and get back to you once done.

Happy to help! Hopefully you have some time to implement the changes, and document what you find as you go for later internal reference. You also have your Sales Engineer to reach-out to with questions.

Or you could upgrade from 6.3.2 to 7.0.x, and then to 8.0.2, if you want the latest software. See the 8.0.2 version of How to upgrade Splunk Enterprise for more information about that.

@ChrisG Thanks for your response, unfortunatley new servers have been already built with the the splunk version 7.2.6 , and it is the requirement that we have to decommssion the old servers which are insttaled with 6.3.2 version.

So could you please suggest how we can migrate the data from Old Server ( with version 6.3.2 ) TO New Servers ( with the version 7.2.6). basically i want Same data including all the dashboards , indexers , reports and alerts to be present on new servers. is it possible to just copy data from splunk home directory to new server's splunk home directory ? or what is the correct process, please suggest.

You said servers, so you have clustered or distributed environment?

Hey Splunk Community, Starting today, the community platform may prompt you to participate in a survey. The ...
Read our Community Blog >