Hey All,
I am looking to add a blacklist entry to our inputs for our Windows UF's that would blacklist based on the event code, a process name (with wildcard path), and a specific account name.

Or would I need a regex with user and process name trying to match on the message field?

Ive written some with Event Code and Process Name but never specific enough with a user. 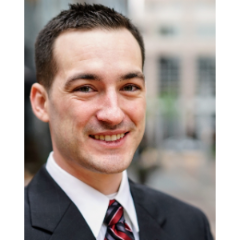 This is copied directly from the latest Splunk_TA_windows default inputs.conf

Hope that helps. The only thing I can think of for your example is to remove the capturing groups since they aren't doing anything as far as I can tell. I'm also assuming you have blacklist1 through blacklist6 defined sequentially.

If you feel this response answered your question, please do not forget to mark it as such. If it did not, but you do have the answer, feel free to answer your own post and accept that as the answer.
0 Karma
Reply
Solved! Jump to solution

Thanks for the help Jacob but there are some issues with your regex statements.

Yes I have my blacklists setup sequentially in the inputs.conf. I was also using examples from the Splunk_TA_windows inputs.conf.

The first one says it should be both processes which it technically should be one of the two.

Your second one puts an OR in between the account name and the process name which wouldn't work either.

I just tried the below without capture groups:

I have these other blacklists that work fine so this doesn't make any sense to me.

Opened a ticket with support as I am unsure why I can't get this to work. The first regex they suggested which also matched in a regex editor didn't work either. Still searching for a solution

This by all knowledge appears it should work but it doesnt. Any ideas?

This matches most of the message in 2 regex tools.