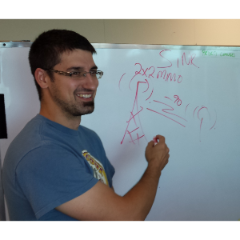 I am trying to run a search over a very large number of events. Because it uses trendline and predict I am only able to output the results one at a time for each change in field foo.

I would like to run the search repeatedly with a table of results at the end with the result of the search for each value in foo
Unfortunately I can only combine the results into a single value or run the search individually for each different foo.
This is time consuming and frankly not repeatable, which is required.

I was looking at the map command and hoping it would provide me with a method of doing what I am doing.

Any help is appreciated. Below is a masked version of the search I am running and I have bolded the fields that will change.

You probably want to avoid map for something like this, because map is generally very slow and finnicky and you can't tell what is going on until it finally either completes or fails.

Here is one way that you can get any number of these in one run, although you would have to repeat some code for each value, so it is not optimal as coded here...

I am hoping to avoid cascading the code for each device since there are more than 4000 of them. I also do not know what the values are going to be at any given point in time as it will change s our network devices change.

My code is working really well to do it for one device at a time, but I would like to figure out how to run it and table it out for all devices.

If I really have to write the search to repeat for each device I will, but if there is a way to avoid it so that the list can be self generating then that would be ideal.

In other words lines 13-17 are based on the field values in "NAME" but I won't always know what those are. They are long cumbersome strings.

In any event, I am going to play a bit with your suggestion and see if it helps me.

Thanks for the reply.