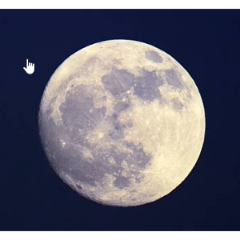 I've been working on remediating this vulnerability https://www.splunk.com/view/SP-CAAAP3M "Potential Local Privilege Escalation through instructions to run Splunk as non-root user" and the 'fixes' don't seem to work. It seems like no matter the tactic - boot-start, init.d, systemd, etc. the requirements for the vulnerability always seem to be met; 1, 2, and 3a and/or 3b .

Is there a way to configure splunk to startup and run that will mitigate the vulnerability?

If you are working with linux system then create an AD service account or local account for the splunk services.

Then stop the splunk services and in $SPLUNKHOME/etc/splunk-launch.conf make below changes

I have a local 'splunk' user account that has all permissions (chown and chgrp) that is running Splunk.

The problem is that the vulnerability conditions are satisfied with this configuration.

1. Is met with Splunk being run as non-root user 'splunk'

2. Is met because in order to run splunk, the user has to have permissions to the dirs.

3a. Is met when Splunk is set to run at boot as specified user.

3b. Is met because the splunk user has to be set in splunk-launch.conf.

I don't see a way out of this with the recommended mitigation configuration.

Potential Local Privilege Escalation through instructions to run Splunk as non-root user (SPL-144192)
Description: Specific configurations that have Splunk Enterprise, Splunk Light, or a Splunk Universal Forwarder running as non-root that match all the following characteristics:

1. Splunk Enterprise, Splunk Light, or the Universal Forwarder are running as non-root user.

3. Satisfied one of the following conditions

The above specific configurations of Splunk Enterprise, Splunk Light and Universal Forwarders, are vulnerable to the Splunk Administrator being able to induce code execution as root.

What is your OS? can you use systemd unit file to avoid this?

OS is CentOS. I tried systemd and it didn't seem to work, Splunk is still shown as run by user 'splunk'.

Tried both of these.

Using systemd without specifying a user seems to run it as 'root'.

What OS are you using? Also, what version of Splunk, as systemd may be in play...

Hi, may i know if you face issue on UF or Light forwarder or splunk enterprise, please.