Can a deployer deploy to a non-clustered search head?

I have a setup with clustered indexers and one non-clustered search head.

I'd like to be able to deploy changes to the search head in a way that lets me have more control of what changes are being deployed into production. That is, I'd like to avoid making changes directly in the search head instance. By "changes" I basically mean editing dashboards and adding new alerts / reports. In some cases I want to do complex changes that involve editing a large batch of objects (via REST API).

I've read about the concept of "deployer" and it seems to be what I need, but, according to the official description ( https://docs.splunk.com/Splexicon:Deployer ), it's meant to be used in the context of search head cluster members.

Can a deployer be used with a single search head? Or is there any other way of achieving my goal of better controlling changes? 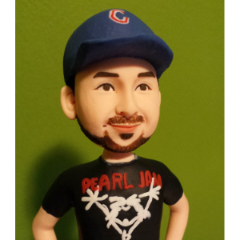 A deployer can only be used with a Search Head Cluster and was specifically designed for that. However, there is a "deployment server" which can be used to centrally manage configurations.

A deployer can only be used with a Search Head Cluster and was specifically designed for that. However, there is a "deployment server" which can be used to centrally manage configurations.

As a technical writer, I often have to edit or create code snippets for Splunk's distributions of ...
Read our Community Blog >