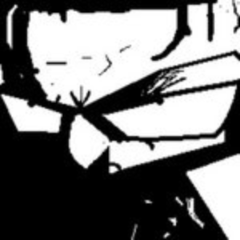 The Splunk forwarder currently available (as of 6.6) is only packaged for ARM v6 only and not ARM v7

Any word on being able to obtain a Splunk Forwarder package for ARM v7?

Would be nice to use Splunk for a project I have using raspberry PI's - relying on rsyslog to forward logs via network-base syslog not ideal.

Splunk now has a normal linux ARM UF you can download from their normal splunk download section. The App is no longer the correct UF for the pi.

I have it running on my Pi v3.

Are you certain? What image are you running on the PI? (Ubuntu, Raspian?) The forwarder package available under Splunk Downloads (no, not the app, the actual Universal forwarder) is listing availability only or ARM v6... I tried just for fun and it wouldn't execute.

Yeah, looks like Raspian. Will take a look again with Raspian and see if it's just a Ubuntu/PI issue.

Looks like Splunk took down the APP link for this. Normally this means they are updating the app and it will be published soon. I hope so I'm trying to deploy several PI v3 and want to use the forwarder!! 🙂