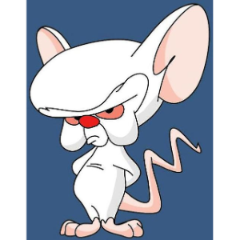 I need to create an alert for people logging in through SSH.

I have a search created that I'd like to compare against a pre-defined list and have Splunk handle the alert. I have a couple of questions, where do I define the list? I'd like it to be outside the alert so I can change it as necessary. Would I use the eval command to compare the return from my search against the list?

I believe you'll have to maintain the list as lookup table files. (knowledge object saved separately, a csv file with a column header). Then refer the lookup table file content to inputlookup command. Please provide more information (current search, full requirement on when to alert on) for better suggestions.

There are a number of ways.

The efficiency of a particular solution will depend on how many people are in that list, and whether the user name that you want to search on has been predefined in that kind of event.

Now let's assume that you do NOT need dept. There's a special trick with a command called format, that allows you to build a search for only the exact UserIDs you need. Run this one

If you include that whole thing in brackets, it will drop that search field back into your original search, thus returning only the records you want to alert on.

You should not have a pipe between the basic search and those brackets, or it won't work right. In this case, you do not need to type out the format command, because it happens implicitly at the end of the brackets

This second strategy can work exactly the same with either a lookup table (inputlookup) or a csv file (inputcsv) and the syntax is just the same.

Now, there are other ways, such a join, but you aren't likely to need them at this point, so I'm not going to go into them.

Thanks for the great suggestions. They changed the requirements on my slightly to only alert for accounts not on the list so I ended up with: