What are manifest files used for in Splunk home directory?

These files only list out the directory of Splunk. When upgrading from version to version, I have accumulated old manifest files. Are they still useful to Splunk or can I just remove them?

What is the purpose for them any ways? 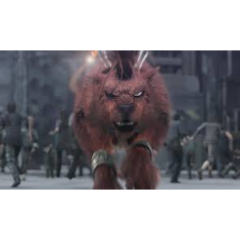 You can just remove them. They are an anti tampering mechanism generated at install time.
However, when you change versions (e.g. during upgrades), the old one gets left behind.

If you need to regenerate them, check out this post:
https://answers.splunk.com/answers/455739/how-can-i-regenerate-my-package-manifest-file.html#answer-...

I have some built up too. They are 833KB large for me, so I just leave them alone. I just tried moving all mine to a different location and splunk is acting normally, but I have no idea if splunk might use time in the future.

Note: These are NOT the same as a .bucketManifest that you find in locations such as $SPLUNK_HOME/var/lib/splunk/default/db

As for what they are / why they are there, here's a definition.

In software packaging, it is common to list the contents of a distribution in a manifest file. This file simply enumerates the files which are included in the distribution, either for processing by various packaging tools, or for human consumption.

The term is a loan from shipping, where a ship's manifest would list the crew or cargo of a vessel.

The manifest files usually have a .MF extension, or a .manifest extension in Windows.

So I think there is no harm in removing old versions of the manifest files from Splunk home. They would be outdated anyways, save the latest version.