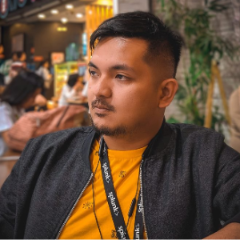 We're trying to extract fields that match this [ FIELD_NAME = S0m3 Valu3 w\ reaLLy $pec!aL ch*rac+3rs ] and write them on tsidx so that their consumable on tstats. We're using the transforms-props partnership below

While it is doing what's expected for most of the fields, (i.e. fields are written on disk, verified through walklex), some values failed to be captured entirely or as expected. For example
[ REMARKS = A Kerberos authentication ticket (TGT) was requested. ]
Splunk only captured "A". See screenshot below.

Do you think this is Splunk's REGEX engine's fault or I have something wrong in my configs?

If you use FORMAT in props.conf , capture name is not need.

@marethanyell
Do you restart/refresh Splunk?
At least, [ REMARKS = A Kerberos authentication ticket (TGT) was requested. ] is not same result.

My old Regex also works on | rex but it does not on transforms.conf

@morethanyell
we both have a mistake. my answer is updated.
I'm sorry.

Same issue, mate. I've used your transforms and it still fails to capture the entire thing and halts at whitespace

why REGEX halt with white space?
I don't understand.

It's not appropriate anymore to show evidence that the regex is working via | rex or regex101.com because as I've said before, it does work via those mediums. But not when used in transforms.conf for index-time field extraction, it doesn't.

Out of frustration, I've changed the strategy of capturing the fields by enclosing values with double quotes (e.g. [ FIELDNAME = s0m3 vaLu3 ] becomes [ FIELDNAME ="s0m3 vaLu3" ] ) using SEDCMD on props instead of transforms.conf.