Not sure why this is so perplexing, but or the life of me I can't get this to sort how I want.

The following chart syntax:
|chart count(C) as Count by B,C

where B is a Month field, C represents 5 separate values and Count is the count of those values as they occur by Month.

The resulting multi-series chart displays with the correct data, but regardless of how I try and sort, the Month is sorted correctly, but within each month the columns representing the 5 counts are always sorted by the alpha value of "C" and not the count.

Basically I wanted to do this
| chart count(C) as Count by B,C |sort 0 B,Count

But that doesn't work.

Not to necro this thread, but...

This page still turns up in Google so let's update it with an answer!

The following seems to fix the suggested code  (at least here in the year 2022...)

you should be able to accept the default field created by addtotals (i.e. it is named "Total")

Which simplifies the code to...

For more information, refer to the addtotals documentation:

refer to the sort documentation also

the sort 0 above is discussed there

If you want for example, the top 10 "results"  in descending order then you do the following ...

Note the minus character ("-") in front the Total field,  this reverses the sort order iirc.

"This works well as long as field1 does not contain numeric values. If it does, then you can do this..."

The reason that this doesn't work is: the columns in the resulting chart are named by the VALUES of C. So if the events had values of C such as "red", "yellow", "green", "blue", "orange" - then the columns would be named red, yellow, green, blue, and orange. So you would have to do something like this:

And that probably doesn't make any sense. Perhaps what you should do is to sort by the overall count. Here is how to do that:

This works well as long as field1 does not contain numeric values. If it does, then you can do this: 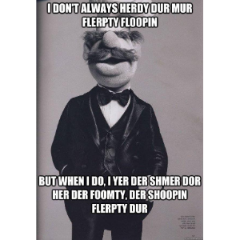 Thanks! I used this and it did EXACTLY what I wanted .... save one minor detail. The Total field at the far right is blank. I was expecting it to sum all of the values left to right on that row.

Any ideas what I need to do to fix the "Totals" column?

Im still unable to get this to do anything different than the original chart. Perhaps I am misunderstanding your instructions. In the form above would it be:
| chart count(C) as Count by B,C
| addtotals totalCount
| eval totalCount = totalCount - B
| sort 0 totalCount
| fields - totalCount

I tried this and it doesn't do anything different, C is still the 2nd sort, not the count of C