How to compare fields across multiple sourcetypes

Hi all,
Im working on a search that essentially would take the field results from one search where I'm looking for a specific PBM ("Problem Number") and the RMTMS ("Reporting Serial Numbers") associated with it, and comparing it across another search where the update history of various machines are listed. In this other data I extract the "Bundle" and the serial number MTMS , so that I can compare the MTMS and RMTMS fields for equality, while appending the Bundle Information to it. Essentially my end result would be a table that lists the Serial Number of each machine that has reported that specific problem number, as well as what Code level it is on.
Here is what i have so far, which is pretty much just the two searches, however I haven't been able to compare the two fields, I have used join(the current search), append, and append pipe, however I might be using them incorrectly.
Thank you in advance for any help.

Search 2 (after the join command in search)

In a nutshell im running two separate searches where I'm trying to match a field from each to create a single field ( RMTMS, MTMS) while adding the other fields to it ( PMB, Bundle). 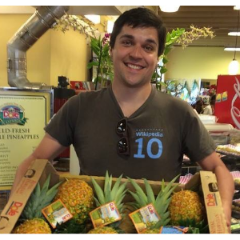 If I'm understanding this correctly, is this what you are looking for:

You do a search of problem tickets that have individual ID numbers: search PBM

You then want to take the serial numbers and search your asset inventory to see what the patch level is and compare the systems to see if they are equivalent?

You need to explain exactly how the 2 datasets relate and what you are trying correlate. The best way to do that is go give a minimalist set of sample events and then a mockup of the desired output. If you do this, I believe somebody will be able to help you. As it is, I have no idea what you are trying to do but I am certain that your existing search is WAY over-complicated.

Yes your are right, thank you for pointing that out, I have revised it and hopefully it makes more sense now.

I still do not get it at all. Explain it like this:
Search 1: