How abort a search based on a condition?

I have a search that writes a lookup file at the end. I also have searches that end in a collect command. And there are other things that I would like to do that cause side-effects. What I am looking for is a way to abort a search before getting to the commands with side effects.

I could probably do it all by wrapping the latter half in a map command, but I am looking for an easier way. 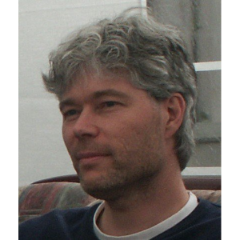 You could make use of the override_if_empty attribute of outputlookup:

How are you running the search, scheduled or ad-hoc?

I'm running many scheduled searches. In SQL, there is the "on error" capability that let's you avoid taking further action if something broke before.

Many of our searches do something like the following:

If the SQL command dies due to a SQL issue, then we end up writing an empty lookup file. Once the lookup file is empty, dozens of other things break. I suppose I could convert it to a kv-store and merge data to the lookup with a last update timestamp. Then we could purge older data based on the timestamp.

I figured that if I could abort the command, then the lookup file would have stale data, but it would not be empty.

For just this particular problem (empty lookup when no data), you could do something like this
Updated

Basically, if base search has no data, re-add the existing data from lookup again.

Taking it one step further, I made a global macro:

For the append, I think you mean "inputlookup". I know what you mean and this works well for that case.
-Thanks

I'd rather not do it with a map, because some of my finishing commands already leverage map. For the "Accept" how would you do it with a subsearch?

Or you can do it with a subsearch, like this: