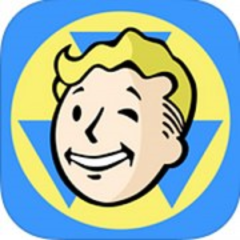 Can you please post a couple examples? If you want to do this on the fly (i.e., in a search), then the solution usually involves using a regular expression that uses group constructs along with "or" and quantifiers.

I don't have handy that example. Will share soon. meanwhile could you give me reference for group constructs.

Field extractions only work when they work.

I know that sounds ... rather dumb, but it's actually the case that it's that simple.

For instance, two log lines (I'm winging it - there's no date/times in here, they're just examples):

First, I'd notice that you could easily do an extraction that would cover both (name, action, action_target) or something like that.

The problem MAY come in that the field Extractor (the web page field extraction builder in the Splunk UI) doesn't build good enough extractions to always make this work right, but we can help with that if we had sample data (probably in another question).

And even if they overlapped, that's OK. It generally just works fine though you may end up with multivalued values or other interesting things depending on exactly how the extractions were done.

Can I put this regex directly in transform.conf?

If yes then what would be format and dest key. I gone through the documentation but not able to clearly understand. Would be great, If you share some overview for that values.