I've been using AR rules within notables for about a year now and I've had quite a bit of success with it. Previously I always just used AR to pull variables from my notables via something like this:

I've tested this with two correlation rules that I have and neither one will pull risk_object but if I alias it to something else, it pulls it fine. Any idea what this is occurring?

Update:
It looks like the variable is just being pulled out correctly and I'm not sure why. Below is the output from the AR log. 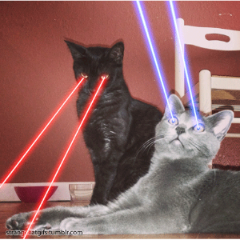 It looks like you're using add-on builder to make the AR action. It could be something internal to the helper class in AoB. The "get_param()" method used to be purely for pulling values specified in alert_actions.conf, not from the raw events themselves.
https://docs.splunk.com/Documentation/AddonBuilder/3.0.1/UserGuide/PythonHelperFunctions

To pull the actual values from the event, you could follow the sample pattern as follows:
events = helper.get_events()
for event in events:
ro = event['risk_object']

I've tried that as well and it still doesn't appear to be working.