How can I change my Splunk.com username? 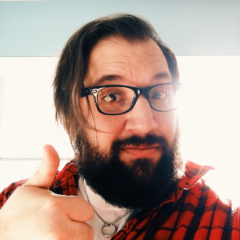 I created a Splunk.com account in conjunction with my my current job position and selected a username which also reflects the name of the company I work for currently. I was unaware at the time that this ID could not be later changed, but I'd really like to adjust my username to a more neutral ID that will carry with me for years to come. I know it's standard practice not to change usernames, but I am still a relatively new user with little risk of data loss anywhere. Can someone help me do this?

There should at least be a display name option so you don't have to keep the username as the only visible thing since it can't be changed.

I'll throw my two cents on here too - the answer has been "no" every time I ask.

Ages ago, I had a username for Splunk.com - mahlerrd. When the company I was at bought Splunk, no one bothered to ask me if I had an account already and there was really no reason for the to realize the other account was the one to use, so they created me a new user account - rich7177. Because I had to be in that account to retrieve licenses and/or get support and they at the time said they couldn't move/fix that, I just started using it exclusively.

After several years, lost upgrade licenses made me realize the old account was still around, and they were assigning licenses to it.

The core things like where your licenses are is usually pretty easy to fix - they just use a little sleight of hand to shuffle them to the right place. Certifications sometimes also get in the wrong place, and those are usually easy enough to fix too. It's a little annoying that it's a constant battle TO fix them, but still, once noticed it's just a few days and someone has it straightened out.

The big problem is, though, that I can't move away from the Splunk-supplied rich7177, because everything I have is associated with this account. Karma, answers, questions, ticket history and enhancements - all those things are apparently tied tightly to that particular user name.

Splunk can't transfer the "stuff" from one to another, nor can they rename an existing account. They can sort of "link" the two (as @woodcock mentioned) but this isn't a very good linkage, stuff gets lost fairly regularly and it's really just a pain in the you-know-what.

I agree, this is a very annoying failing. It may seem minor - indeed, from the outside looking it I'm sure it is. But if you are on the inside looking out and are one of the affected, ... well, it's far less minor of a problem then.

My only suggestion is, well, I have two.

1) Pick your username carefully! You can't change it later!
2) If you have to change your username, just hope that you realize you must before you have really established yourself, and then just create a new account and start using it, give up on the old one. Then be prepared for the occasional "goof up" with respect to Splunk putting stuff in the wrong account.

Yeah, that's how I'm going to handle this now. One personal account, bound to personal mail for answers, certifications etc.

Another one, bound to the company, for licenses, cases etc. Will see how well this works out ^^

For reasons entirely unrelated to this particular posting, I had a chance to ask yet again and while I never got an answer, I got an answer. (May of 2019)

Why my non-answer was an answer.

Me: Reports a problem that was a bit more of a subtle variation of the "having two accounts" problem. (My rich7177 and also a newer account for my partner account for $work).

Them: (Support copies in someone - forgot who or which team specifically) "Please start the process to merge these two accounts together"

Me: Replies immediately "WAIT WAIT If the resulting account actually gets all the Answers, Karma, Partner status, certs, ... if it ALL gets merged then fine. If it does not then PLEASE don't merge! I don't want to lose this!"

Them: No further communication on this topic.

So I'm assuming it still can't be done properly.

Really? I had my karma transferred to this account so I believe it can be done and that was before 2019....

Oh cool. I will make yet another attempt to get a clearer answer to this then.

Because whether it works or not, it is apparent that it isn't exactly a well established process if all these people have this problem. So maybe the solution is to get this a bit better specified and more well known!

Create a new user and email education. They will be able to clone your training history and certifications. They will link the 2 accounts, too, but this always leads to confusion and never stays working. I probably have 3 or 4 internal (salesforce.com) accounts and it is a constant nightmare. Right now it shows that I have 0 certifications (again). It is one of the few things at Splunk that is publicly visible that is in terrible disarray.

Unfortunately the answer I have heard is, No.

You will need to create a new user.

Even after joining Splunk I had to change mine and couldn't migrate my existing user I had.

Will check with the community team in case things have changed, but I doubt it.

Hey @mmodestino - just wondering if you have any update on this?