Subsecond not getting parsed by Splunk

So to parse the input, I've configured my props.conf as follows:

Now when I try sorting the events accoring to _time, it gets sorted by the millisecond but the events remain unsorted beyond that. On trying to striptime the microsecond value, it gets displayed as 13:24:43.310000.

I tried removing the sed command in props.conf, and removed the underscores in the logfile itself (in case the timestamp was being extracted before sed), to no avail.

Any suggestions on what I need to fix/should look at to fix this issue? 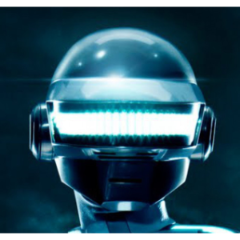 Please take a look into:
https://answers.splunk.com/answers/688698/why-are-milliseconds-not-being-parsed-in-cluster-e.html

Unfortunately, that wouldn't work. I'm just modifying my search query instead of the indexed data.

The timestamp parsing happens before the SEDCMD attribute is executed, hence it has no impact. Your option would to pre-process the log file (before Splunk reads it) to remove underscore, OR (kind of workaround which is not exactly you want but may be acceptable) use only the first 3 digits as millisecond. (set TIME_FORMAT=%Y-%m-%d %H:%M:%S.%3N and add MAX_TIMESTAMP_LOOKAHEAD=23 to your props.conf).

Since there is an underscore present between milliseconds and microseconds, and strptime can parse using single time format variable %N, it will not be able to parse beyond underscore even with %6N, hence will skip microseconds.

Yep, you pointed in the correct direction. Using the <![CDATA]] tag around the search query works. Thanks for the help!
For your ref: https://answers.splunk.com/answers/3435/escape-and-in-the-xml-of-dashboards.html

From the error it looks like your xml code is taking <microsecond> as an xml tag and trying to find its ending tag. Can you check if:

Minor follow up: it works in a normal search, but how should I use this query in a dashboard XML file? I'm getting an XML Syntax Error: Opening and ending tag mismatch: microsecond line 9 and query, line 9, column 346. The rest of the config is fine, it only runs into the error at microsecond.