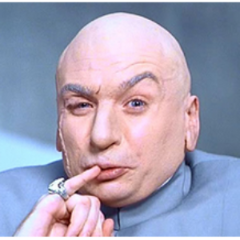 Hi, recently we upgraded all of our Universal forwaders (UFs) from various versions of 5.x to 6.1.4

We discovered that our field extractions of the IIS data were randonly broken now - e.g. c_ip and other fields were sporadically popluated
incorrectly, the _raw data was sporadically munged -- they had never had been these andom issues before (running for several years now and
no changes to the IIS props/transforms in several months...)

After allot of trouble-shooting, finally discoved that the INDEXED_EXTRACTIONS setting for iis by default is set to w3c on the Universal
forwarders is the culprit - however since it is set in system/default/pros.conf as = w3c -- there is no-apparent way to disable it (set it to off)
unless we setup something to update all of the etc/default/props.conf (not a good idea obvioulsy)

So we ended up using a new sourcetype in inputs.conf on our UFs, and then forcing the new sourcetype to change to souretype=iis on our indexers,
now our IIS field extractions are working again...

The question is - is there anyway to disable INDEXED_EXTRACTIONS?

Additonally any ETA of when this wil be fixed (if a known issue?)

thanks for any and all inputs

Hi thanks for the feeback,

Yes, we tried unsetting by setting it to blank and ("unset") - both actually caused iis to no longer be collected on the 6.1.4 (6.x) UFs

e.g. In our troubleshooting we distributed a new UFs props.conf to the 6.x UFs - both did not work and actually caused iis to stop being collected on the 6.x UFs.

in both the cases the 6.x UFs actually stopped forwarding the IIS data due this setting being incorrect.

Additionally, since the only workaround appears to be using a custom sourcetype on the UFs then changing it at the indexers, the UFs (correctly) re-index all the data since it is a new sourcetype... (blew out our license over the weekend - no choice since alternative is to have randomly munged data where it never was before)

There must be a way to turn off INDEXED_EXTRACTIONS so this scenario does not play out with other data-types as well (e.g. access_combined, json, etc) - For Splunk users migrating to 6.x of the UFs (from 5.x and earlier) this is going to pose a huge issue since the INDEXED_EXTRACTIONS settings that are done by default on well known sourcetypes.

The munged _raw data from the UFs is seemingly random, in our shop about 0.5% of the rows coming in for iis sourcetype - just enough to get every user lighting torches and gathering pitchforks, since various reports/alerts/queries/etc now have bogus data peppered through them

Defaulting INDEXED_EXTRACTIONS on the 6.x UFs for those migrating from earlier versions is not pretty -- the only workarounds seems to be rewrite all of our working field-extractions, to setup a distributed application to update etc/system/default/props.conf on all the UFs (anytime one is spun up), or change the sourcetype name on the UFs and change it back on the indexers thus avoiding re-indexing the data (unless the default setting on the 6.x UFs for INDEXED_EXTRACTIONS can be turned back off somehow?)

Appreciate any and all inputs

The indexed extractions are setup on the /etc/system/default/props.conf on forwarders and indexers.

If you want to disable them, rewrite the "iis" sourcetype in local/props.conf without them.

You may want to do that on forwarders AND indexers, otherwise I do not know what the indexers will try to do if they receive iis as unparsed and decide to parse it as INDEXED_EXTRACTIONS without having the header.

What happens if you set

in your local/props.conf? Never tried that myself, but maybe that'll unset the default.