How does Splunk define a host?

I am a network admin. I followed the documentation on how to connect an F5 load-balancer, Cisco ASA, and Checkpoint Firewall. The only way I could validate logs were making it to the Splunk server was with a packet capture. All searches initially failed. In "Data Summary, my ASA is not listed. The only way I can see any logs is with index=%ASA sourcetype="cisco:asa". I found my F5 listed by IP and clicking on that host DOES show logs. I found my Checkpoint listed by IP. Clicking on that host fails to bring up anything. It is also listed by hostname but nothing comes up with that either. Windows servers do show up by host name and they show results. There are also host names titled 2016, EDT, CST, INFO, UTC, Version, WARN. What are those? They aren't hosts as I know it. This is a mess. How does Splunk define a "host"? We are using Splunk 6.5 - Single Node. 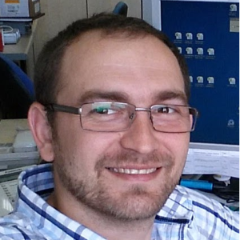 The Splunk definition of host can be found here, with details how Splunk assigns it.

About the sample values like 2016, EDT, CST... in your case, it seems a wrong regex being used to capture/assign host values.

Get Updates on the Splunk Community!
SplunkLive! is Nearly Here. Attend This Event and Learn how to Make Better, Faster Decisions. Bring it!
Big News: Splunk Observability Cloud & O11y Day Event May 5!
.conf21 Call for Speakers Extended Through May 20 = Yesss!
Read our Community Blog >