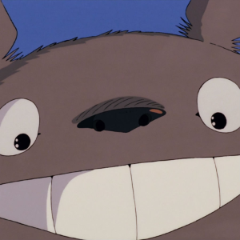 Hi,
I have to schedule a script execution in my splunk app with Splunk 6.1.
I think to do that with a scheduled query, something like

adding in my commands.conf file:

I tried to launch manually the query. It returns no errors but I can't find example.txt file. What am I doing wrong?

Finally I understand why it didn't working 🙂

I have to use absolute path:

Finally I understand why it didn't working 🙂

I have to use absolute path:

Look into what is called a Scripted Input, defined in the inputs.conf of your app. Running a search to execute a script is a bit "heavy." The scripted input can be set to execute however often you want, and splunkd will execute it for you on that schedule. Also, the Std Out of your script would get indexed as well, so make sure you configure the index, source, sourcetype for it to show where you want that data to go. The script itself could do anything - write your file, run a unix command (that's how the unix app stuff works in Splunk), fetch data from an external source for indexing, etc.

Also, what you did in commands.conf above would be for creating a custom search command in Splunk. E.g. you want to make a new command called my_script:

Thanks for your reply, but I still don't understand how to write a file from a python script. Where can I find my script's output?