Why is the data not replicating correctly in an index clustering environment in 7.1.1?

I'm having a frustrating time attempting to set up a test environment with Index Clustering and I've reached a tipping point! I've searched online for answers but I'm not finding anything substantial that's been able to fix my problem. The VM network that I set up has one Deployment Server (DS), a Master Node (MN), a Search Head (SH), 3 Indexers, and 2 Forwarders. I set the Replication Factor to 3, and the Search Factor to 2. I followed the following steps to set up the network and create the index cluster:

This is where I'm running into some problems. I haven't begun sending data from my forwarders yet but the _audit and _internal aren't being replicated fully, there's only one replicated and searchable copy between all three. I've waited for over an hour while I worked on other projects but the replication has stayed the same. There's a few buckets that were replicated to other indexers but after a brief period of time they stopped, so 4/10 buckets would become 5/11, then 6/12, etc...

So far I have tried:

These are some of the error messages I've received on the MN:

I'm wondering if anyone has a hunch about what the happy heck could be going on that I'm overlooking. I've set up a cluster before in a separate Splunk Lab so this is extra weird to me - I thought I had most of the basics down, but apparently not! Any thoughts or advice would be greatly appreciated. Thanks,

Hello,
any luck about this error? 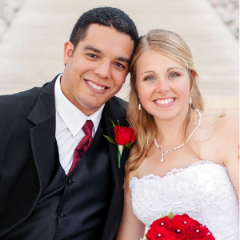 Just a shot in the dark but did you set the pass4symkey in the server.conf on all required instances?

If that's not it I hope the rest of that doc may be of some use to you.

Unfortunately that didn't fix the issue. I appreciate the response, though!