hi all,
i need to monitor process on linux servers. normlly i use ps -ef | grep java to see if my procees arae running. i need to implement this in splunk. can some one help on what should i put on the ps.sh file to get the result of this command on my splunk?
I am using RHEL. version varies from server to server. 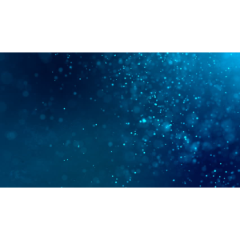 hi
is there any update for this ?
I also trying to attempt this but its not working.
Thanks.

You should be able to put exactly the same thing into your ps.sh file:

and create a scripted input in the Splunk Manager to run the script.

If you want to see a more sophisticated version of a ps.sh scripted input, you could install the *NIX Splunk app and take a look at its ps.sh script, which does some editing of the header lines.

Here is a very simple ps.sh that should work for most flavors of Linux:

Make sure that ps.sh is executable (chmod +x ps.sh). Put the script in an appropriate directory and then set up a scripted input in the Splunk Manager. In the scripted input, specify the absolute path to the script.

Okay, that means that your Linux does not support all of the options that were used in the ps.sh script.

I would do man ps and look at the script to see which option might be causing the problem, and remove it. Or maybe there was a typo in one of the ps commands.

Of course, the problem might be in one of the other commands instead.

I will update my answer with a very simple script that should work.

i did this. i changed the already existing commands in the nested if structure of the ps.sh file that comes with *NIX app to ps-ef | grep and i tried to execute the file on the linux server itself by typing ./ps.sh
upon doing this i got the following error:

Related Topics
Separating a scripted BASH input from the parent (Splunk) process in order to perform restart on Linux (Ubuntu)
Can we restart a splunkforwarder in linux box by calling a script in inputs.conf?
Why am I getting Splunk CLI Error "Client is not authenticated" running a Linux bash script on the deployment server to pull deployment clients?
Backfill script doesn't pass auth parameter in Linux but works just fine in Windows
Get Updates on the Splunk Community!

Digital transformation is real! Across industries, companies big and small are going through rapid digital ...