Is there any advantage to setting RF (Replication Factor) to a different number than SF (Search Factor) ? 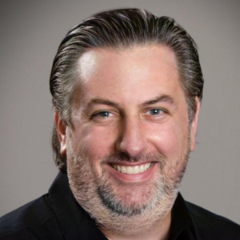 You are mostly right. The decision why to increase replication-factor and search-factor are resource usage versus disaster resilience versus high availability.

Rule of Thumb and example with : 4 indexers in a cluster

I've seen the formulas for calculating the base amount of disk consumed for RF and SF and those make sense to me. Although, I haven't seen any formulas that also calculate the the disk space consumed during an outage. The fear would be that disk space runs out during a failure of one or more indexers when the SF is lower than the RF.

Yes, consider that a searchable copy will take as much disk space than the primary bucket.
While a non searchable copy may be up to 30% smaller. (no tsidx files, no metadata files)

(compare your bucket to see your actual ratio, it may vary depending the events and the optimization of the tsidx)

Example If you have Search Factor =3, then you can count that if your index was 500GB, you now need 3x500GB. another way to see it is that if your keep the same disk space and increase the Replication/Search Factor from 1 to 3 , then 2/3 of your data will be deleted to store the copied.

Thanks, Yann. How do I factor in disk space requirements for when the SF is below the RF. i.e. how much disk space do I need to keep around for the failures? Is there a formula? Should I allocate the same disk space for RF2/SF1 and RF2/SF2 knowing that I will likely use more when there is failure?

The replication factor (RF) sets the number of copies of the raw data. Setting the RF to a higher number increases your protection against data loss if search peers (indexers) go down.

The search factor (SF) controls "how many copies of the data are searchable." In fact, this is the number of copies of the index files. Setting the SF to a higher number increases the likelihood that users will be able to search without interruption even if search peers go down.

Your search factor can never be higher than your replication factor. [Think about it - if I have only a single copy of my data (RF=1) and then I lost a search peer - then it wouldn't matter if I had many copies of the index files (SF>=2) - the data would not be searchable because it would be lost!]

I hope this makes things a little more clear.

Thanks, Josh. I'm going to stick with keeping search and replication factors at the same value as a best practice until someone tells me otherwise. While I may be able to save some disk space, it seems I may be introducing some recovery headaches during outages by setting the Search Factor to a lower number than the Replication Factor.

Clustering seeks to regain its configured level of redundancy once outages occur. Therefore avoiding additional resource usage during failures is not realistic.
Instead, plan to keep your capacity to a level where you can handle your indexing AND search workload during outage with reduced capacity with the additional load of reduplicating data. Perhaps ballpark 20% contention from reduplicating. At very small cluster sizes where the redundancy factors cannot be satisfied during outages, this specific aspect of concern is not relevant.

Hi, Lisa, thank you for the quick response. Let me clarify my question a little better.

Advantages of having SF lower than RF

My inclination is that it would be a best practice to keep the RF and SF always at the same value as the risk of spiking CPU and/or consuming additional disk during failures or maintenance might be an issue.