I would like to use the a d3 Chart in a HTML-Dashboard.
Dearly I have got a problem in combination with require.js that is used by splunk.

In the following you could find a first require, that works (I corrected the path so that d3 works, and I get the d3-Version in the console.)

Afterwards I use the same thing again, but this time in combination with some other modules. As a result, d3 is undefined.

//
// LIBRARY REQUIREMENTS
//
// In the require function, we include the necessary libraries and modules for
// the HTML dashboard. Then, we pass variable names for these libraries and
// modules as function parameters, in order.
//
// When you add libraries or modules, remember to retain this mapping order
// between the library or module and its function parameter. You can do this by
// adding to the end of these lists, as shown in the commented examples below.

The specific error message I receive from chrome at this point is the following:
"Uncaught ReferenceError: d3 is not defined "

Do you have any idea, how to fix such an issue? Thank you very much for your support!

Meanwhile it works, but the solution looks very creepy:

I require a few of the packages mentioned above (I think all before the map-element + d3) and print the d3-version-number into the commandline before I require everything in sum and run my normal stuff.

If someone would have an idea, which module could use its own d3 here, it would be great to fix that.

This should fix this issue. You can check out my apps in Splunk Base, config modeler app use this method to load d3. 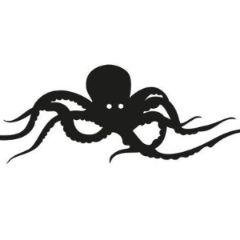 Hi splunkbeginner21, can you paste the code regarding the Work-around 16th July 2014 you mentioned? I have the exact same problem and seems like nobody answered back since July 2014. Thanks!