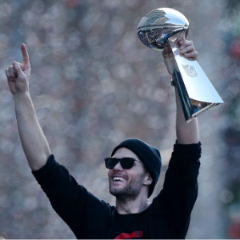 I've reloaded the drivers in DBConnect and restarted RPC service. In DBConnect settings -> drivers, I have green checkmarks next to only:

Any help would be greatly appreciated. Not sure why this is INSANELY complicated. I have two servers, SCCM01 and SCCMSQL01. If I try to connect using these settings and MS SQL server with Windows Auth to SCCM01, it times out. If I do the same to SCCMSQL01, then it tells me

Note that in the error it mentions SCCM01 even though I am trying to connect to SCCMSQL01??? And then after waiting 30 seconds the error message CHANGES?? to

Beyond frustrated with the fact that literally any data input you try to set up in Splunk is almost invariably going to NOT work, while Splunk keeps boasting how easy it is to get data in

Did the answer below solve your problem? If so, please resolve this post by approving it! If your problem is still not solved, keep us updated so that someone else can help ya. Thanks for posting!

I'm glad to see that you are using the Karma bounty feature! However, it won't work if you don't engage with the user trying to answer your question. Please approve the question below so the user can receive their Karma points. Or, if the solution didn't help you, please explain why so that they — or someone else — can.

So, the first thing to test here is if you can connect from the Splunk instance to your DB server on the configured port?

and btw: that is not related to the error, but maybe consider an upgrade of the DBconnect app later. 1.2 is end of life

I switched to v4.2 of the JDBC driver from 6.0, got rid of the unsupported parenthesis.... but still same errors

Is Splunk running on Linux or Windows?