What are the best practices for S.o.S - Splunk on Splunk to monitor a Search Head Cluster tied with a Multisite Indexer Cluster? 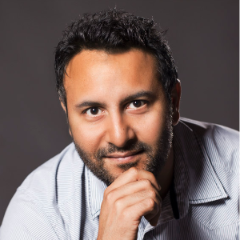 I need to install S.o.S - Splunk on Splunk to monitor a Multisite Indexer Cluster and Searh Head Cluster:
2 Sites with 2 Peers Each
3 SH on the SH Cluster
Master and Deployer reside on the same VM.
Multiple Forwarders.

The documentation that's available on Splunk Docs for Planning the SOS installation does not cover SH Cluster.

I would advise against use sos be instead configure Distributed Management Console. The DMC has a lot more information and is more responsive. Works well with clustered search heads and indexers. It really easy to setup

A fine point indeed, @bmacias84! If you are running Splunk 6.1 or above, you should be setting up a Distributed Management Console to monitor your Splunk deployment.

I recently installed S.o.S on our clustered Splunk(6.2) instance. As per @bmacias84, I went ahead and configured DMC. It's really cool! Thanks for the tip.

In addition to the Splunk Answer that @sk314 points out, I will indicate that as of right now S.o.S has not been certified to work without a hitch on a search-head cluster.

I would expect that the app will work fine, with one exception: It's dynamically generated lookups which are used as asset tables and are maintained on a per-instance basis which may not be entirely compatible with an SHC.

In order to circumvent that, you'll probably need to do something like this: