How can I run it successfuly?

Thanks!,when trying to configure the TA on an universal forwarder on HP UX 11.31, I gut the followin:

Any suggestion (other than updating all shell scripts) ?

There is no bash available on the system. 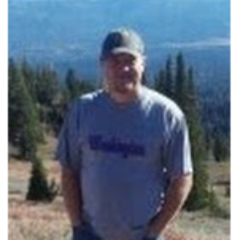 What about running a different command in that directory to test the shell. You should be able to run them directly from the CLI. I use user "splunk" and can run ps.sh:

Both seem to provide the same output. You could also try running the script with a different shell, and see what that provides. I am not an expert in HP UX but it appears as though the shell provided does not like the "function" syntax. By default this TA uses /bin/sh as a shell. You could try running a different shell, but I know ksh has enough differences to cause some issues:

(These could also be in /usr/bin/*sh)

I could be completely wrong here, but that is what it appears to be. I don't have an HP UX system to test.

Thanks but the problem is really the syntax of the "function".
I managed to run the script by removing all the "function" keywords (and adding open/close brackets where missing) as a definition of function should be one of:

How can I run it successfuly?

Can you check the shell you are running:
On mine it is: