How do I get data from app.conf? 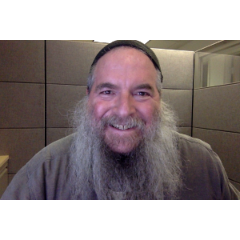 I am trying to get data out of my app.conf file in /local/app.conf or from /default/app.conf

but this ultimately results in a call to btool:

which returns a merged form of app.conf which is not relevant to my particular app.

I would have to issue the command:

to get the data for my particular app.

So now I am left with the question... how do I get my app's name?

Can you describe your use case a bit more ?

Are you trying to access the app.conf file from a standalone program ? some javascript in a dashboard ? a custom search command ?

Conf files can be read via the Splunk REST API :

And you can invoke this REST endpoint in a variety of ways depending on your use case (SplunkJS functions , SDK's , splunk.entity Python class etc....)

I am writing a custom app for splunk. Therefore I am in serverside python application code.

Yes, I know the name of my app... I could hardcode the name into my python code.

I was looking for a bit more elegant and less brittle approach to determine the name of my app other than hardcoding a string into my code.

Here is some code to point you in the right direction :

require you to know the id of your app??

I'm trying to figure out the name of my app (chicken and the egg problem here).