Why would Splunk be grouping events together when I haven't told it to? 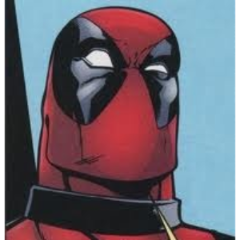 Wow, so finding any related questions on this has proven very difficult as any searches for "Splunk grouping events together" all points to transactions, etc.
Splunk is grouping events together for some reason into single events and I cannot seem to find a pattern as to why it is doing this.
Here is an example of our events that are grouped together:

Then that grouping ends and then this is the start of the next one... As you can see its not grouped by second. Anyone ever see anything like this? Got any hints?

The solution to this existed in the props.conf file as we had the regex wrong for this particular sourcetype. I was looking at the props.conf on the host where the data was being generated instead of the indexer.

The solution to this existed in the props.conf file as we had the regex wrong for this particular sourcetype. I was looking at the props.conf on the host where the data was being generated instead of the indexer.

I think the issue is with line breaking . Could you please user LINE_BREAKER_ENABLE in props.conf.

Below link can better help you:

Did you just steal my link? :horse:

I think there are some problems with proper Event-Line-Breaking, that causes the events to group.

Interestingly when I do this according to the documentation it does not return any line breaker issues:

To confirm that your Splunk software has event breaking issues, do one or more of the following:

View the Monitoring Console Data Quality dashboard.
Search for events that are multiple events combined into one.
Check splunkd.log for messages such as the following: