Why can I not expand lookup field due to a reference cycle in the lookup configuration?

on Splunk Cloud (8.1.2101.1) I'm encountering a warning message in my search results - trying to figure out why this is popping up. Anybody have any idea what this message means and how to resolve it? I have the same problem on my Splunk search head version 8.2.1 and it was resolved after the completion of below steps.

1.  Log onto search head by putty, run below command.

p.s. The captured screen is showing the last result (problem was solved).  I have not regenerate the problem, please treat it as an example.

5.  Click on 'cisco:asa : LOOKUP-cisco_asa_action_lookup_1'.
6.  Upon opening the lookup in lookup editor, click `Save` without touching any field.
7.  Repeat the steps`1.` to `4.` if there is another lookup has same issue.
8. After the above, run the command again and the new lookups should look like as followings.

9.  Restart the search head once and see whether the problem is solved.

clicked on all of the automatic lookup and save them one by one.

The issue is indeed with the add-on Splunk_TA_cisco_asa on default/props.conf.

This is what is should look like, but it's fixed by adding to local/props.conf:

But that fix actually removes some functionality, where the original "raw value" of the action field is matched against the vendor_action column in the lookup and then a normalized action value (from the action column) is returned, overwriting the action field. That normalization is critical for CIM datamodels and related searches/dashboards to work properly.

The real solution is that the TA should extract the raw action value into vendor_action and then use the lookup to translate it to action. Instead of the bizarre mess of evals and lookups with like 4 different action fields that is used currently.

I found this issue myself, and some of the automatic lookups had things like:

Which has then resolved the issue.
It appears that the Splunk_TA_Windows had these lookup issues, seems to work correctly as most entries had action fields in them anyway.

This worked for me - thanks.

Do you have any automatic lookups involving the "action" field?

I had one for the field I was having an issue with, and for some reason the lookup was self-referential. Once I fixed it (in my case, copied it in case deleting it caused problems, then deleted it), I no longer had the error.

Not an answer, but I am seeing the same problem with the 'user' field in wineventlog data. But if I change my search to use the Logon_Account field instead then I get the same results but without the warning. (Though Logon_Account is only present because I'm just looking at records where EventCode=4776.)

There does not seem to be any problem the results, it is only a warning and not an error. But I would like to know for sure what is causing it.

Same issue here as well, which didn't occur until 8.1.2101.2. I haven't been able to find anything to indicate what may have caused the change in the release notes. So far it's only happened on one field, I'll see if I can find any other fields it's happening with and if there's a pattern there.

Edit: check out your automatic field lookups. I had one that was self-referential for some reason, and after fixing that I am no longer seeing the error.

I think you're right about the automatic lookups. I have this in the search log

But I've yet to find the lookup that is causing the problem.

Right, this message was recently upgraded from DEBUG to WARN in order to surface the reference cycle issue that can slow down the search performance.

We are looking into whether we can make the message more actionable, but the other WARN message in search.log might be able to help locate the offending lookup(s). In this case, Splunk Software saw `user` field in the SPL, and figured that it could be mapped from `UserId` field through an automatic lookup. And `UserId` field itself could be mapped from `UserId` field itself, forming a reference cycle. So, most likely, there is a reference cycle like: UserId OUTPUT UserId, or, UserId_1 AS UserId OUTPUT UserId_2 AS UserId. Removing that cycle (which is not necessary) should get rid of the warning.

Thanks for the background information. It helps to understand what's going on.
I no longer get the warning with the 'user' field in wineventlog data (I don't know why that problem has disappeared) but I do still get it on the 'UserId' field in office365.

With office365 data I find that with the time picker set to 30 days searches on the 'UserId' field take a very long time and scan millions of events whereas searches on the 'user' field take only a second or two and scan just hundreds of events. The two field names reference the same data so it makes a good comparison. However with all the various lookups created by the add-ons it is not easy to find what is causing the problem. I really need to know the names of the lookups involved. Is there any way of getting that information?

Had this issue with "user", it was due to the Salesforce App and Addon. You can update it to the latest version which fixes it.

The easiest way to find out the cause:

1. Run search that has the issue.

3. Click the link "search.log" in the Inspect Job windows.

Thanks for your message. That explains why the problem with the 'user' field went away as I had updated the Salesforce App some time after finding the problem.
I still have the problem with 'UserId' in our Office 365 index though I can work around that by using the 'user' field which has the same data.
I too have been looking in search.log but I am unable to tell which lookup is causing the problem. I get "Reading schema for lookup table" for about every lookup we have and that is followed by:

Is there a way to tell which lookup is causing the problem?

@rayl  says above that Splunk are looking into whether they can make the message more actionable but at present I can't see a way to identify the problem lookup. 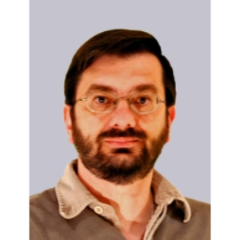 I have the same issue with a query

I am not querying windowseventlogs but actually querying firepower logs
thanks in advance?
0 Karma
Reply
Yemi_Splunk
Engager

Starting from 8.2.2, you can click on the "job", then "inspect job", then click on "search log" Do "Ctrl" Find; and type in "reference cycle", copy the highlighted texts into a notepad, and you can see the problematic lookup.

It should be resolved.

I've had a look at the logs again but I can't enough information to identify the lookup that is causing the problem.

The search that gives this error is searching for a specific UserId in Office 365 data. When I run the search I get the warning:

And in search.log I get this:

I eagerly await the update to our Splunk Cloud instance!

The enhancement has been released in 8.2.2105, where a message in search.log would tell which exact lookups caused the reference cycle. Have your stack upgraded to that version if it hasn't been done. 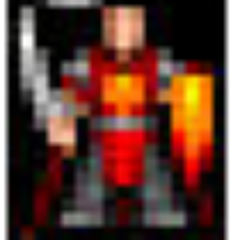 What event should I be looking for that tells me exactly which lookup caused the reference cylce? I can't seem to find the relevant event.