Who is Carlos Danger and where can I buy his boots? 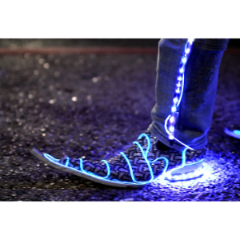 I really need some new boots and I've heard that Senor Carlos Danger has the Splunkiest ones going - where can I find a picture and how do I get them?

Gracias, señor, for your question complements my need for overzealous narration! For I shall now regal upon you the story, in the style of traditional Mexico, a recounting of that fateful twist of fate that lead me to Carlos Danger and said boots.

Lo, it was a dreary day that marked the start of the series of unfortunate consequences upon which destiny and fate hath wrought upon me. The skies were dark and moody, and the sea was the green of sickness. I had just happened upon a merchant ship whilst diving for pearls off the coast of Cozumel. No sooner had I surfaced for breath, than I was hauled aboard the ship so ungracefully, and thereupon interrogated! Oh how I wish those memories would cease, as I relive them nightly. Speaking as a I am to such fair and civilized Splunktonians as yourself, I shall spare the gruesome and ghastly details thrust upon me. Suffice it to say, I no longer can stand the sight of jugs containing grog. After many hours of these inhumane actions against me, I was released back into the waters some 10 miles from shore. Through the night and the day following, I swam and swam. Upon reaching the shores of my hometown, I was arrested and hauled to the prison of political dissonance. Although now it might seem to be an unfortunate circumstance to most, I was truly happen at this prospect, for it had been two days since I had slept or ate. Here in that prison, I found rest and satiation of my thirst and hunger. One week I was held here, until it so happened that a man with a goatee was thrown into the cell with me. Having not been spoken to in such time as my incarceration, I was happy for the relief from silence. But lo, having merely uttered the word of greetings, I was thrust upon the floor, and a boot of magnificent proportion was placed upon my ear. "My name is Carlos Danger, and you shall speak only when spoken to, or my boot shall crush your very being." Upon hearing these words, I promptly regaled myself to silence, forcing myself to become quieter than a monk. I neither spake, nor sneezed, nor whispered quietly. I made no such sounds as to not enrage Senor Danger further. He broodingly sat upon the only bench and dared me to move with his steel eyes. For my own safety, I moved not. What seemed an eternity passed, until he spoke again, softly, as rose petals float on the wind. "Do you like my boots? 40 cents at the Five and Dime". I paused, not knowing what to do. He asked again, "Do you like my boots?", this time as if a tree were falling, and yet no one could hear it. I whispered, so quietly and timidly, "yes". He glared at me and pondered my answer. "Do you want them?" he postulated. Not realizing the trap into which I was being placed, I answered ( a little more forcefully this time ), "Yes". "So it shall be". And to this day, the imprint of sordid snakes and entwined entrails is darkly displayed upon my back side, for I had neither specified where and how I would like to receive his boots. Who this stranger was never crossed the threshold of my mind, for I didn't care. He was there, and he was prominent. He command the room as the captain of a ship commands his crew, so much so that even the jailers did his bidding. The rest of the story is not so interesting, as once I was branded the follower of Carlos Danger, I was quickly moved and was placed into another cell, there to rot for many days, until finally the revolution freed me. It is with a sad heart that I never said good-bye to Carlos Danger, for even in his cruelty, I found myself awestruck by his presence, and long to meet him again, one day, among the fields of marigolds.

Kissing a man with a goatee is a lot like going to a picnic. You don't mind going through a little bush to get there!

You don't talk to Carlos Danger, you talk to his Goatee.

I heard he also has a voluptuous Goatee.

I believe you need to ask Ron Mexico.

7 Karma
Reply
Get Updates on the Splunk Community!

Howdy!  We are happy to share the newest updates in Splunk Cloud Platform 9.0.2208! Analysts can benefit ...
Read our Community Blog >