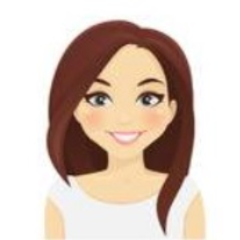 Looking to see how to upgrade mongo from 4.0 to 4.2 on a single instance deployment.  During the Splunk Enterprise upgrade the migration to wiredTiger failed due to lack of disk space, the upgrade still continued and made the first hop of the mongo upgrade from version 3.6 to 4.0, it looks like after version 4.0 it tried to do the engine migration but couldn't because the lack of available disk space and therefore didn't do the last hop to version 4.2 of mongo.  We have since fixed the disk space issue and were able to complete the engine migration to wiredTiger, however don't know how to bump up the mongo version to 4.2.  The above link is for upgrading mongo in a cluster but not on a single instance, when looking at the options in splunk help kvstore I don't see anything for upgrading mongo either for a single instance, tried splunk start-shcluster-upgrade kvstore -version 4.2 -isDryRun true but of course it detected it wasn't a searchhead cluster.  Lastly trying to understand the difference in the output of mongo versionsbetween kvstore-status command versus splunk cmd mongod -version, clearly pulling from two different places.

We were able to upgrade mongo via the migrate command, thought it was only for the engine:

We were able to upgrade mongo via the migrate command, thought it was only for the engine:

---
If this reply helps you, Karma would be appreciated.
0 Karma
Reply
Get Updates on the Splunk Community!

Hello everyone! Don't wait to submit - The deadline is August 12th! We have truly missed the community so ...
Read our Community Blog >