Is a deployer mandatory for deploying a search head cluster?

I have a basic question. I want to deploy search head cluster. When I was going through documentation, I came across that a deployer is mandatory (mentioned as a functioning cluster requires several other components) in which deployer and load balancer are mentioned.

Do we really want this? Can we deploy without this?

No.. config deployment in SHC requires Deployer and it has to be a non-member server.

No.. config deployment in SHC requires Deployer and it has to be a non-member server. 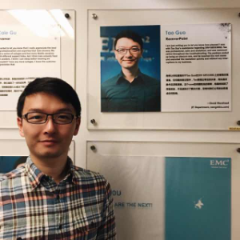 I check the document: http://docs.splunk.com/Documentation/Splunk/6.5.0/DistSearch/SHCdeploymentoverview

Another one:
"The -conf_deploy_fetch_url parameter specifies the URL and management port for the deployer instance. This parameter is optional during initialization, but you do need to set it before you can use the deployer functionality. See "Use the deployer to distribute apps and configuration updates." "

It is correct that you do not need to set up the deployer connectivity until the first time that you need to use the deployer.

However, the deployer is the only supported method for deploying apps and other configurations to cluster members. So, sooner or later, you will need to set up the deployer. You cannot deploy an app until you do so.

Thanks for quick response and making my further steps clear

The Deployer will be configured as part of SHC deployment. Have a look at these (especially first one)