How to allow wildcard inputs in a dashboard input textbox, but not allow just "*" (star) to be entered? 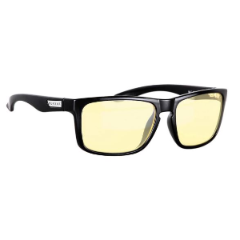 I am having no luck with a dashboard input restriction.

I have a dashboard textbox input that queries a lookup.   For instance, the input could be "hostname".   I want the user to be able to put in the exact value or partial with a wildcard "*".  So if hostname = 12345ABCD, they could enter the exact or 12345A*  and return all those that match.   BUT I don't want them to just enter hostname = "*"   and pull everything back.

Any ideas how to sanitize the inputs so a user cannot just use "*" star?

In addition to keeping the logic on the dashboard, this will only create a search job when the condition is met, otherwise it would wait for the unset token to be filled. Using the dashboard eval logic also allows to e.g. check for a minimum input length or other conditions. More details in docs for eval and match.

Obvious reminder that this is not a security feature, only a UI limitation on this dashboard - your users can of course still open a working search and change the SPL to search for "*", or not filter at all.

How about this? (you can't modify a token from a search)

yes "cannot modify token from a search" was part of the problem, will try your logic and get back to you.  TY!!

keep getting error in eval command, expression is malformed. Expected ).

I created a sample dashboard with similar logic and it works there. Please compare the logic/syntax with your query and see if there is any difference.

yeah had a syntax error that cleared after I relaunched the dashboard (weird).

The logic works to prevent entering only "*" but for some reason now   partial hostname values  <foo>*  does not work.

Can you wildcard in your dashboard?

Thank you so much!!!

OMG, I must have had a whitespace or something copied in wrong to the dash bc I kept getting errors.

After copy/paste your code, it worked rather than editing mine (weird).

Just fyi , in my dashboard when the "'' (double quote as none) is used I get an error>> Comparator "=" is missing a term, that is after a single * is entered as the user input.

so I swapped with "NULL" and you don't see the error...

Again TY so much!!! I would have been reiterating for the rest of the day...

How are you using the hostname token in your queries? You could put a text above/below the textbox to show restriction (e.g. don't enter just wildcard) and then use a subsearch to not show anything if only * is used). e.g.

Thank you for the reply.

My query is bit more complicated, here is my quick insert of  your logic (doesn't work)

so I have a dropdown input that sets the field name token as " $field_tok$"  and the value for the field is the input of a partial hostname, "$value_tok$",   thus

any ideas how to work your logic in here?   TY

was thinking to use null if... but cannot get it to work

Hello everyone! Don't wait to submit - The deadline is August 12th! We have truly missed the community so ...

WATCH NOW In this Tech Talk we will talk about what people mean by DevSecOps and deep dive into the different ...
Read our Community Blog >