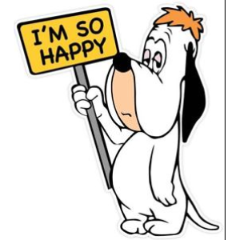 After reloading Splunk enterprise version 8.0.3, csv files emailed out via alerts have an extra line between rows of data.  Prior to the reload they did not. If the result of the alert is downloaded via the Job Manager, the file is as expected.  If the two versions of csv are opened with notepad++ I can see that the file normally has "CRLF" at the end of each line and the incorrect one has "CRCRLF"

The alerts are the result from a simple |table type search and have worked for months without issue.  The server was reloaded by out IT people due to unrelated issues with the kv store

SPLUNK is set to use python 3, which I believe is the same as before the reload. Any help would be appreciated as the automation fed by these csv's is failing due to the additional blank lines

The issue was fixed by changing to Python 2

The issue was fixed by changing to Python 2

Submit a support request with Splunk.  I wouldn't expect a resolution soon, however, so be prepared to change your automation.

---
If this reply helps you, an upvote would be appreciated.
0 Karma
Reply
*NEW* Splunk Love Promo! Snag a $25 Visa Gift Card for Giving Your Review!