How to populate action field based on episode's data (ITSI Splunk)?

Does anyone know whether it is possible to have Splunk show an actual value of an episode's field variable instead of showing the variable itself?

I am trying to essentially prefill a custom send email action with data that already comes inside each episode (these are referred to as common fields by Splunk).

I have tried various ways, including passing the variable to alert_actions.conf and editing the HTML, but clearly the data from alert_actions.conf is passed as a pure string to some other script (I'm assuming it's Splunk's JavaScript which then processes the data further).

Also, I know that the variable that is displayed is processed by a Python script upon pressing the "Done" button and it indeed takes the correct data, however, my problem is to have the variable's value already prefilled inside the inputboxes prior to clicking the done button.

I am also attaching a screenshot for a better understanding of my situation.

Note: %email_address% and %message% would be example of fields that are already contained within each episode 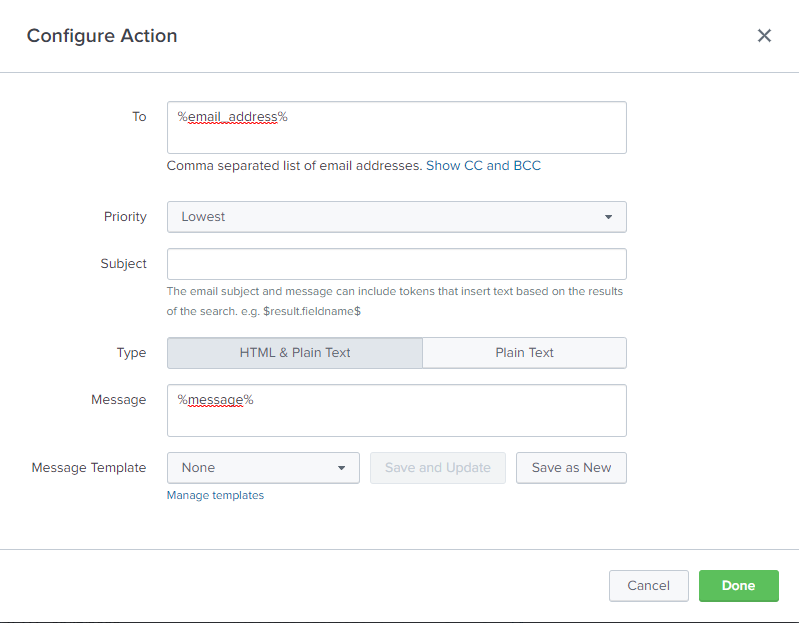